4 50-Year Anniversary of Spa-Sofia-Liege Rally Victory for 230 SL
Car video reviews:
Up Next

A little under 50,000 units of the gorgeous Mercedes-Benz SL Roadster (W113) Pagoda were built between 1963 and 1971, helping it create its own place in open-top sports cars history.
1 photo
Nicknamed by its fans as the SL “Pagoda” courtesy of its distinctive concave shape of its hard top roof, the SL (W113) had its 50th birthday last year, so the peeps from eGarage decided to give it a video present by visiting a Mercedes-Benz Classic Center, where old Benzes are being meticulously restored to their former glory.

Despite its production having ended in 1971, Mercedes-Benz is still providing parts for the little roadster, keeping its thousands of owners carefree from this point of view.

As some of you know, the Paul-Bracq-deisgned SL W113 has a special part in the history of the automobile as being the first ever sports car with integrated safety crumple zones and a rigid passenger cell. It was also the first production Mercedes-Benz with radial tires, when all of its competitor were still using bias-ply ones until the 1970s. 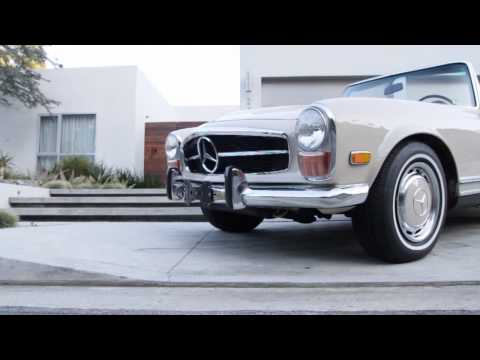