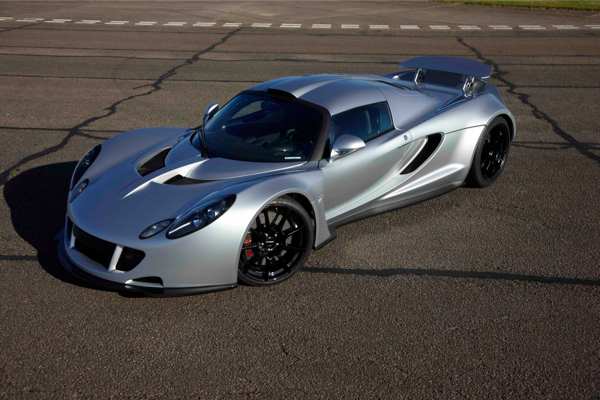 One of the hottest new hypercars on the planet, the Hennessey Venom GT, will make its North American debut on November 2 in Las Vegas, at the SEMA show. The out-of-this-world vehicle will be unveiled in the Mobil 1 display, located in Hall C3 of the Las Vegas Convention Center.

In case you were wondering why we are so impressed by this automotive creation, we’ll remind you that we are talking about a mid-mounted 1,200 hp twin-turbo V8 (a heavily modified 6.2 liter LS9 GM unit), which is installed on a modified Lotus chassis that uses carbon fiber, aluminum and titanium to keep the weight at only 2,685 pounds (1220.5 kg). The vehicle also offers two inferior levels of power: 1,000 hp or 725 hp.

“We are very excited to have the opportunity to show our Venom GT in the Mobil 1 display at this year’s SEMA show,” said company founder and president, John Hennessey. “We first announced our interest in developing an ultra lightweight, ultra powerful sports car – the Venom GT concept – nearly three years ago during SEMA.”

The world will only receive 10 units of the Venom GT each year. Each car takes six months to be built at the company’s facilities in both Sealy Texas and Silverstone, UK. Customers are able to choose between left- and right-hand drive.

“Driving the Venom GT is a thrilling experience,” Hennessey added. “It is a driver’s car, a supercar with a soul that will give you as much speed and performance as you dare ask of it. If you ever wanted to experience flying a military fighter jet, the Venom GT offers a similar visceral thrill of speed and performance. It’s the quickest, fastest and most exciting vehicle that I have ever driven.”