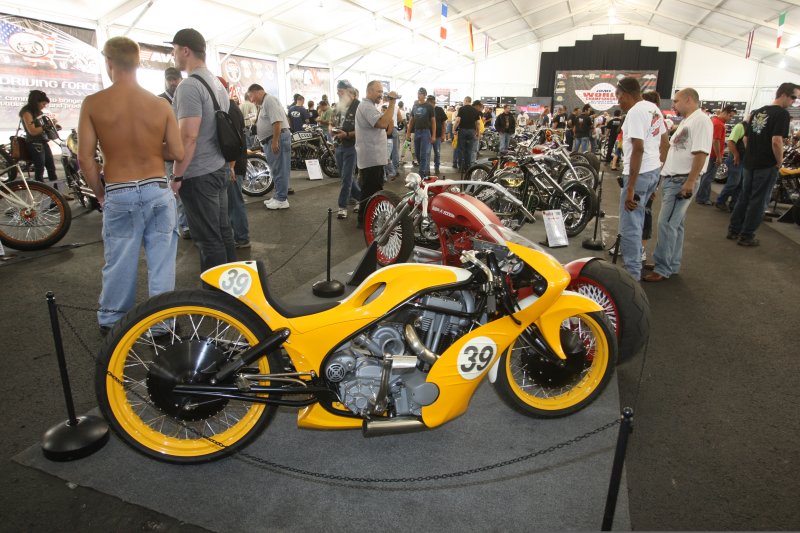 "At all stages of the dialog Harley-Davidson has not only been mindful of the event's integrity and independence but repeatedly made it clear that its reputation was a primary factor in motivating them to want to find a way of helping support the Championship Program's aims."

AMD was contacted by Harley in April with a proposal to promote the event in general, and to develop the Modified Harley class in particular.

"For me the hot news is that Harley's approach has been 100 percent supportive of our insistence on being able to manage the program without dependency on any one primary sponsor, and without any sponsor being able to buy influence over event policy. We made it clear from the outset that they would not be permitted to turn it into a company bike show," Bradley said.

On the other hand, Harley is as thrilled with this partnership as AMD. Steve Earnshaw, the Director of Marketing for the firm's Parts & Accessories division, has been acting as 'point-man' in developing the plans with AMD Magazine.

"By having a market-driven approach to how it has developed the World Championship program, AMD Magazine has achieved its aims of building an event that genuinely showcases the cutting edge of customization," he said.