5 First Responders in the U.S. Finally Get Their Own Google Maps Alternative
Car video reviews:
Driven

Google Maps may be the world’s leading navigation app, but this doesn’t necessarily mean everything is always exactly as anticipated.
1 photo
Not a long time ago, we told you the story of two young Russians who ended up in the middle of nowhere on an abandoned road after using Google Maps for navigation. The driver eventually froze to death in brutal cold winter weather, while the passenger ended up in the hospital with severe injuries.

Recently, a Seattle couple traveling to a rental cabin in Glenwood spent two days stuck in the snow after the navigation app sent them on an alternative road that was covered in snow. They eventually lost cellular coverage and were not able to alert the emergency services.

None of these would have happened if the navigation apps knew the roads were closed, and now Google turns to crowdsourcing for the whole thing.

The search giant itself knows Google Maps needs to be more accurate and up-to-date with every road's current status. That's why the company has released a new tool that allows users to report road changes right from the desktop.

The new road editing tool makes it possible to add missing roads, rename the ones that are already on the map, change their directions, delete incorrect roads, and even realign them. Google also allows users to report closed roads, with the company asking for additional information, such as the reason you can no longer use them, when exactly the roads are closed, and the directions that are not available.

Needless to say, Google will then check all edits to make sure they are accurate, so in theory, Google Maps should end up becoming a lot more precise and current.

The new road editing tool is projected to go live in the coming months in more than 80 countries across the world. Google explains that all regions where users were already able to report road updates for Google Maps will get this new editing tool. Additional info on the ETA will be shared at a later time. 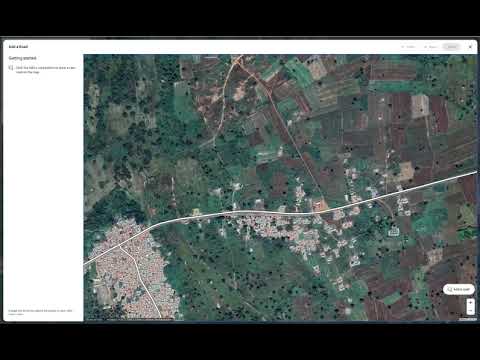