3 Chevrolet to Promote the Volt through Kinect for Xbox 360 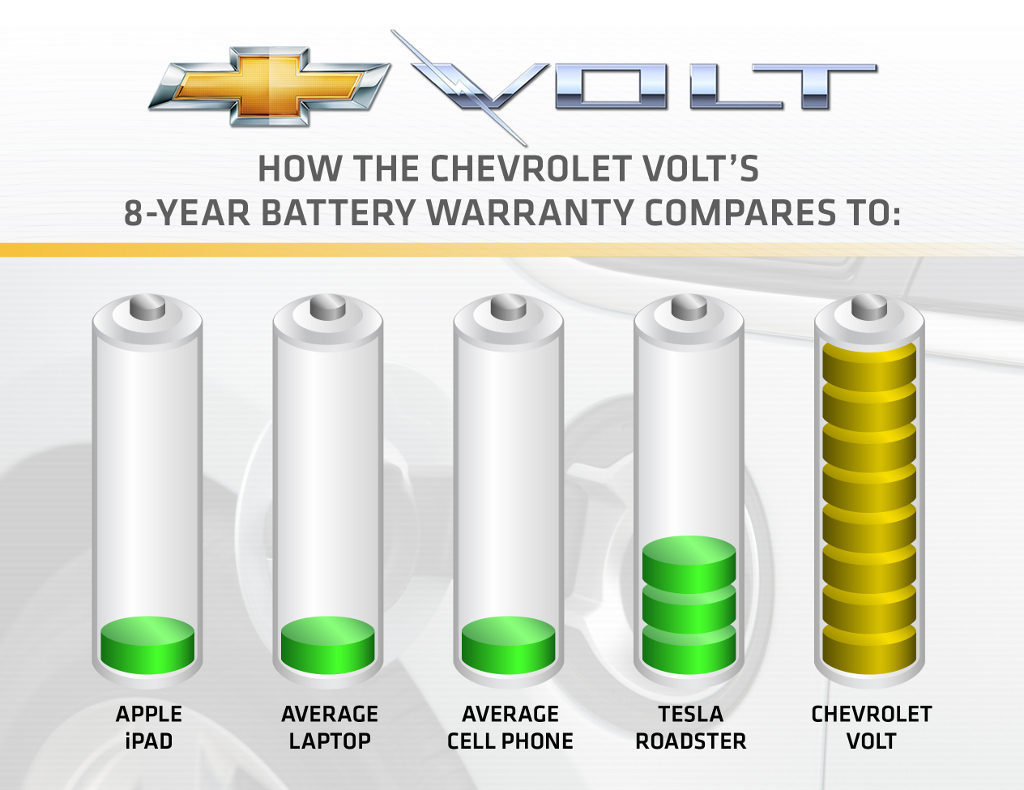 Just as rumored all day yesterday, American manufacturer GM announced the warranty it will offer for the battery fitted into the Chevrolet Volt. The carmaker says the battery will have perhaps the most extensive and comprehensive warranty available yet, 8 years or 100,000 miles (160,000 km).

The decision made by GM puts to rest all the worries customers may have had regarding the Volt. Furthermore, the warranty is transferable at no cost to other vehicle owners. It covers all 161 battery components, 95 percent of which are designed and engineered by GM, in addition to the thermal management system, charging system and electric drive components.

“The Chevrolet Volt’s batteries have exceeded our performance targets and are ready to hit the road,” Micky Bly, GM executive director, global electrical systems said in a statement.

As some of you already know, GM is currently putting the Volt through its paces, testing just about anything there is to test in it. So far, more than 1 million miles and 4 million hours of validation testing on the battery were conducted, with the battery being analyzed for short circuit, corrosion, dust, impact, water submersion, crush and penetration, and extreme temperature swings.

Production of the Volt's batteries will begin in the next few months at GM's Brownstown Township plant.

"Last August we announced the investment in the Brownstown facility and in January built our first completed battery pack. Now we are finishing pre-production batteries and soon we will begin building production batteries for Chevrolet Volts that will be delivered to dealers before the end of the year," said Nancy Laubenthal, plant manager of the Brownstown Battery Plant.