2 Drivers To Get New GPS Unit, Navigon 5100 Approved by The FCC 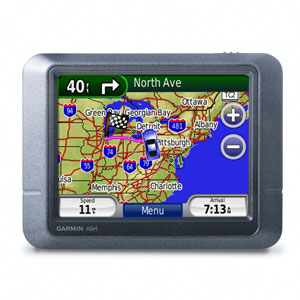 Automakers across the world are not the only companies that aim to reduce vehicle fuel consumption as several other firms, including the popular navigation devices manufacturer Garmin, develop advanced systems to achieve this goal. The best example is given by a recently-unveiled software application launched by Garmin which is especially aimed at lowering fuel consumption and improving environment protection.

In short terms, the software update, which by the way is available free of charge, calculates the shortest distance between two given points in order to reduce fuel consumption and save money as much as possible. In addition, the ecoRoute Fuel Report and Mileage Report functions track the vehicle fuel consumption and provide tips regarding the best ways to save gas. The device can be easily configured to provide fuel analysis by entering your car's fuel economy and the current price of gas, with the software solution automatically calculating and providing your fuel usage and conservation figures.

At this time, there are only two Garmin products fully-compatible with the newly-launched software update, namely the nuvi 205 series and 705 series, but new supported units should be announced anytime in the near future.

"Many of the biggest challenges currently facing people around the world involve the economy and the environment," said Dan Bartel, Garmin's vice president of worldwide sales. "Using ecoRoute on your Garmin nüvi helps you be a smarter driver at a time when everyone is trying to make their paychecks and their gas tanks go the extra mile. As the global leader in satellite navigation, we embrace the opportunity to be the leader in fuel-efficient, eco-friendly navigation.”

The software update is expected to be released in February, with the downloadable package available for free at this link.