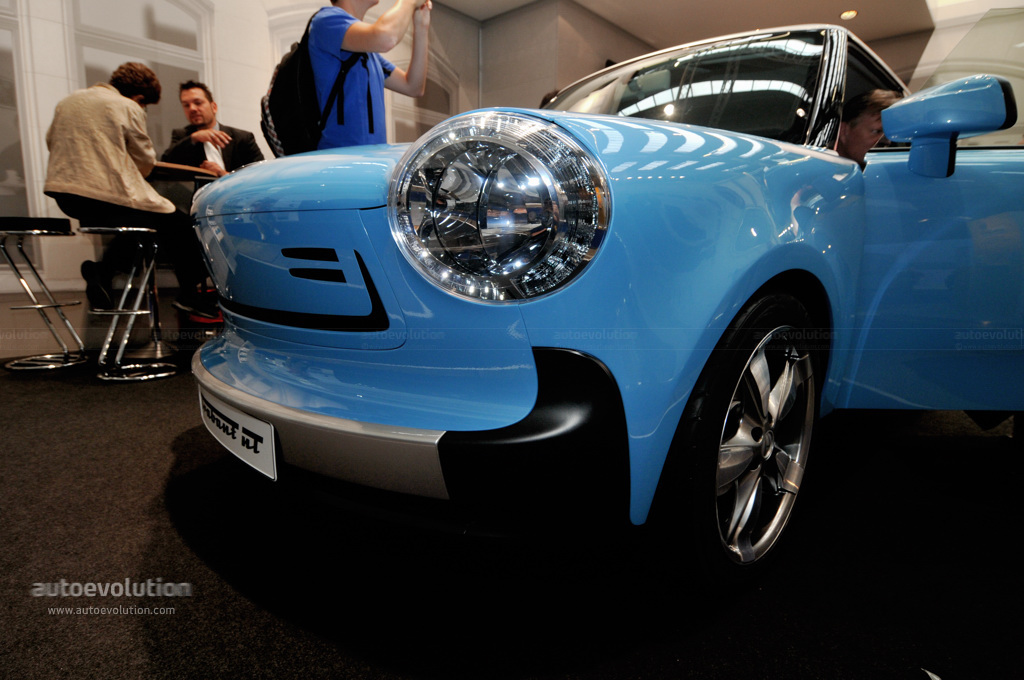 One of the most anticipated models set to debut at the 2009 Frankfurt Auto Show is the reborn Trabant, still in a concept stage though. We were reporting some weeks ago that German automaker Herpa revealed that the future Trabant will be, in fact, an electric car.

This is because the nT is now powered by an asynchronous electric motor rated at 45 kW, that drives the front axles and is fed by a lithium-ion battery located in the design space between rear axle and the vehicle’s transmission tunnel.

The new electric Trabi has been displayed in Frankfurt as a four-door hatchback body style, with about six inches longer and wider than its predecessor, and painted in blue, but the manufacturer says that the production model will sale in a wide range of colors.

“The trendsetting concept therefore stands for a safe and reliable city- and medium-range vehicle, a second family car, a handy helper for service providers from a wide range of areas. It meets our need for individual mobility, loading space for everyday use and environmentally conscious behavior,” said the company’s statement.

“The 'Trabant nT' is already driving the future today. Making use of its worldwide cult potential, it offers us the chance to put an automotive alternative on the road suitable for everyday use, and combining environmental and budgetary considerations.” the statement concluded.