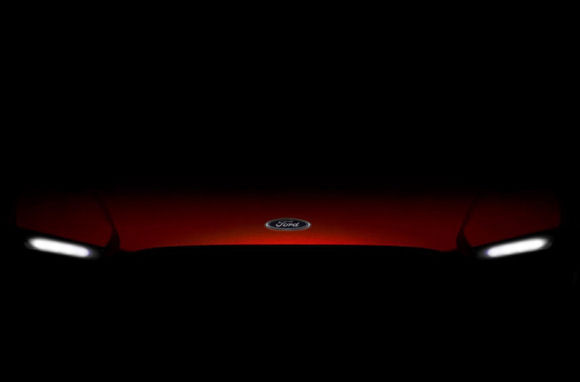 It’s still too early for automakers to reveal their full hands when it comes to their Frankfurt unveilings, but Ford has taken a crack at the bluffing game and says it’s sitting on four of a kind. To be more precise, the Blue Oval says it is planning four “global product reveals” at September's Frankfurt show.

Among them will be a “major new design concept”, which we have no info of at present. It could be anything from a Mustang to a Mondeo, so we’ll have to wait and see what Ford unveils in Frankfurt on September 12th. The second unveiling Ford talks about is “the next Focus performance car”, which most likely means the carmaker is finally bringing the production version of the Focus ST for our eyes to see.

The concept version of the car was revealed in Paris last year, so we have a very clear idea of what the production version will look like. Ford says the new ST will be a global product that will be sold in the exact same version no matter the market.

The model that will hit market early next year will ditch the old generation’s 225 hp 2.5-liter T5 from Volvo in favor of the new 2.0-liter 4-cylinder EcoBoost engine providing 247 hp. This will make it more than a match for eternal rival - the Golf GTI - and will put the ST on equal footing with the Megane RS.

Another car that we can expect to see in Frankfurt is the production version of the B-Max that was revealed at the beginning of the year.

“Ford plans to make a strong statement at the Frankfurt Motor Show, with several very exciting global product reveals and our significantly expanded show stand,” said Stephen Odell, chairman and CEO, Ford of Europe. “We’re excited to be showing customers our best-ever vehicle line-up and a special glimpse of the future.”

autoevolution will be attending the 2011 Frankfurt Auto Show, so stay tuned for some real up close and personal shots of the vehicles, as well as for first-hand details of the motorized contraptions presented at the event.