3 Lexus LFA Already Sold Out
Car video reviews:
Up Next 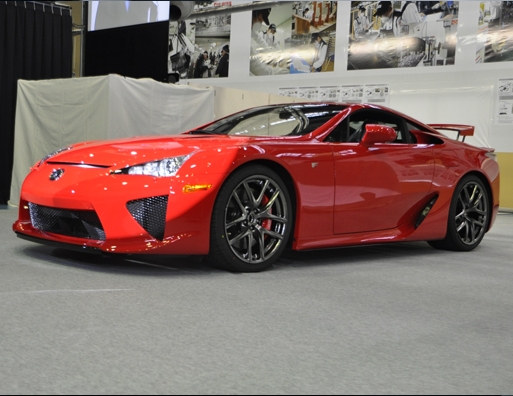 Prototypes of the LF-A have been in production for over a year, sporting more and more refined details. But the first units destined for retail customers have only now begun rolling off the lines at the company’s facility in Toyota City, Japan. Technically speaking, production began on December 15th of last year, but the very first production example has just rolled off the line at the Motomachi, where the supercars are being made.

Lexus tells us that with around 15,000 parts having to be assembled largely by hand, the LF-A needs 170 people to be productive. These skilled workers include specialists who build the car’s CFRP (Carbon Fiber Reinforced Plastic) components. About 65 percent of the car is actually built out of the lightweight material, creating a performance machine that is stronger and more rigid but also dramatically lighter.

The bespoke heart of the beast is a naturally aspirated V10 4.8-liter engine, developing around 550 hp and red-lining at a wailing 9,000 rpm. The mill produces 480 Nm (354 lb-ft) of torque at 6,800rpm, 90 percent of which is available from 3,700 rpm all the way to 9,000 rpm. However, the car was built with lightness in mind, so the engine is about the same size as a regular V8 engine and weighing about as much as conventional V6.