1 Ferrari Leaks: New 458 Spider Revealed by the Power of the Internet 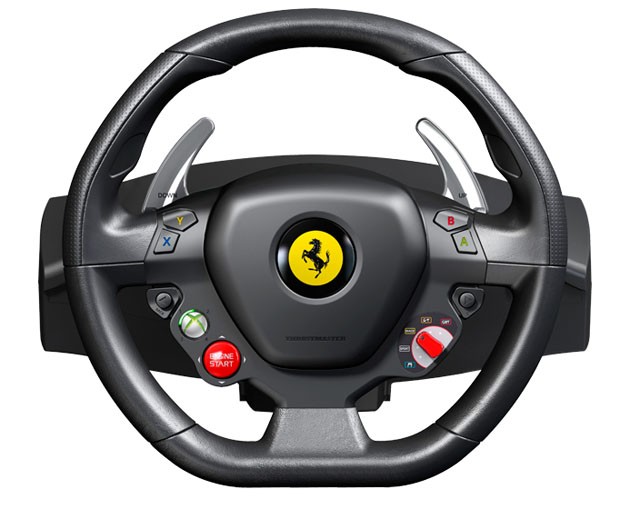 Ferrari enthusiasts can now feel their virtual Italian cars closer to their hands. The big boys toy that we are referring to is a one of a kind controller for driving and racing games on the xBox 360,the Ferrari 458 replica steering wheel comes fitted with all the functions you’d need to play the latest Need for Speed game the way it should be played.

On one side, the Ferrari 458 Italia features an exclusive racing wheel with a large number of controls, while on the other, an Xbox 360 controller requires functions that are specific to this console. Furthermore, the Ferrari 458 Racing Wheel for Xbox 360 by Thrustmaster mixes the need of these two components, combining truly unique design with exceptional ergonomics.

The different action buttons and controls are within easy reach of the user’s fingers, making it simple to customize settings while racing or access the Xbox 360 interface. The racing wheel features rubber-textured grips which will enable drivers to improve their lap time, with an optimum comfort. Furthermore, gears are shifted up and down by using the built-in gear shifters.

Professional features are available out of the 8 action buttons, an Engine Start D-pad, an Xbox 360 Guide button and a connector for the Xbox 360 headset and microphone. Also, the pedal base has received a magic touch. It features a wide footrest, a long-stroke accelerator pedal and a resistant brake pedal, for more precision. The piece of Ferrari soul will be available this October for less than $90.