3 Victoria Beckham Looking Over Her Boys From Her Jaguar
Car video reviews:
Up Next

AvtoVAZ Back in the Game, Posts Profit 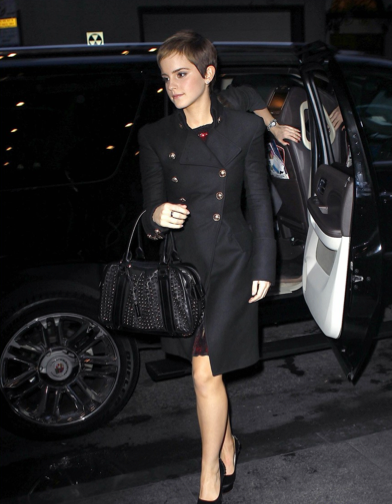 Young actress Emma Watson was spotted arriving at the premiere of the most recent Harry Potter movie in a Cadillac Escalade. The premiere for the latest movie in the Harry Potter franchise took place in Leicester Square, London.

The starlet wore a little vintage black and red lace mini dress and a black trench coat, overshadowing Harry Potter creator JK Rowling, who was also in black and lace. Emma is sure to topple Victoria Beckham when it comes to stile and expensive cars in a few years.

The 20 year old English actress first started playing the role which made her famous at the tender age of nine, having previously acted only in school plays. From 2001 to 2009, she starred in six other Harry Potter films alongside Daniel Radcliffe and Rupert Grint.

In 2007, Watson announced she would be involved in two non-Harry Potter related movies, the television adaptation of the novel Ballet Shoes and The Tale of Despereaux animated film.

The first part of the two-film adaptation of Harry Potter and the Deathly Hallows follows the three main protagonists, Harry (Daniel Radcliffe), Ron (Rupert Grint), and Hermione (Emma Watson), as they search for the pieces of Voldemort's soul that he extracted from his being and hid in locations around the world, as they are the key to Voldemort's immortality. Despite their long friendship, a combination of dark forces, romantic tensions, and long-held secrets threaten to sabotage the mission. David Yates directs.

Watson's work on the Harry Potter movies has earned her more than £10 million ($16 million).