1 Elon Musk Wants Us to Visit Our Planet by Rocket

You might say he's putting the cart before the horses considering SpaceX's Falcon rocket is still young and has never reached the Moon yet, but this is Musk we're talking about, so of course he was going to do that.
3 photos

It's not like he hasn't been talking about colonizing Mars ever since SpaceX started, so we know that's his ultimate goal. Now, though, a new one appears to have arisen - one that's closer to the planet we call Earth and, therefore, potentially much closer to reality as well.

During a presentation at the 2017 International Astronautical Congress (IAC) - the same one where he talked about his rocket-based alternative to commercial airliners - Elon Musk revealed two teaser images of a SpaceX Moon base and a more elaborate settlement on Mars.

The one thing both these renderings had in common was the presence of several Big Falcon Spaceships (BFS), presumably the vehicle that would bring the humans there in the first place. The rockets appear to be smaller than Musk's original plans, which might explain their greater number.

The reveal of the Moon base picture was greeted with applause by the audience, and Elon Musk seemed to agree with them "Yeah, it's quite captivating." He then went on to scold the NASA and all other space agencies: "It's 2017, we should have a Moon base by now," he said. "What the hell is going on?"

With the Moon taken care of, that would make any Mars trip a lot more manageable. Think of the colony on our only natural satellite as a Supercharger station where the very non-electrical Big Flacon Rocket could stop to refuel on its way to the Red Planet. It would also provide important insight into what life would be like inside such a facility, serving as a training ground for those willing to go to Mars.

If you have time (it's nearly 44 minutes long) and are interested in Musk's plans to turn us into a multi-planetary species, then watch the presentation embedded below. Be warned, though: it's not the most fluent of Musk's speeches. 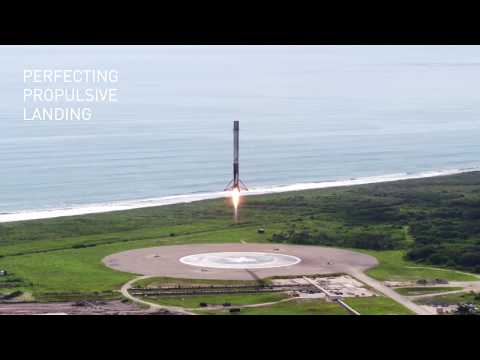