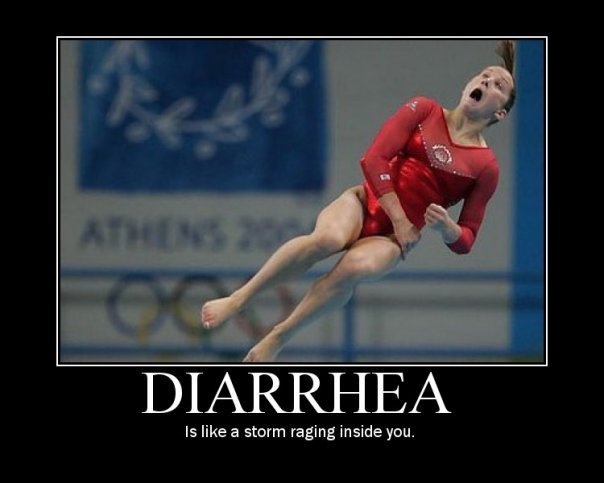 Surely we can all sympathize with a case like this: you're going along the highway whistling to your favorite tune that's playing on the radio, feeling merry and without a care in the world, when all of a sudden, you feel a sudden movement from down yonder in your belly. Either it's that spicy lunch or that shellfish you had for dinner the night before, but one thing is for sure – you have the runs.

So what do you do? You put your foot down and try to get to a gas station or maybe even an exit off the highway to relieve yourself. You brake the speed limit but since it's an emergency, you figure they're gonna let you pass. You figure wrong.

That's what happened to a woman in Sweden who did 53 mph in a 43 mph zone just because she had digestive issues. She got caught by police, pulled over and ticketed. Needless to say, the woman thought a great injustice had been done to her and took the case to court.

Now it seems that the judge didn't sympathize with the woman (maybe he has a strong stomach) and ruled that a bad case of the runs wasn't sufficient reason to break the speed limit. The law states that in cases of emergency, you can actually go faster, but the term “emergency” here does not apply. The only reasons to brake the speed restriction the judge continued, are danger to someone's life or to prevent a serious crime.

And since pooping in public isn't considered a serious crime, the woman was slapped with the ticket and a fine in the end. To us, that smells just like a big pile of “pooh”, simply because this is a blatant disregard towards all our bowels.