2 AI to Battle It Out in Simulated DARPA Dogfights

3 DARPA’s Swarms of Military Robots Are About to Get Much, Much Better

If you thought the "Stealth" movie of 2015 presented some far-off future of aerial combat, you might want to revise that expectation. We are already seeing countless AI systems developed to aid human pilots, but one of the scariest and at the same time most advanced is DARPA’s ACE.
1 photo
ACE is short for Air Combat Evolution, and no, it’s not the name of a video game. True, ACE is, for now, a video game of sorts, but the American research agency plans to make it all real by the end of 2021. The program started last year and is currently in Phase 1, which calls for the AI to engage in virtual dogfights with opponents.

In August 2020, the Johns Hopkins Applied Physics Laboratory (APL) was tasked with conducting the so-called AlphaDogfight trials, pitting eight simulated, AI-controlled F-16s against one another in 1-v-1 aerial skirmishes. The AI that emerged victorious was then told to fight “an experienced F-16 fighter pilot in a simulator,” and the computer beat the human five times in a row.

In February this year, DARPA heated things up a notch by going for 2-v-1 teaming combat, simulating engagements of two F16s working together to bring down a single enemy F16. The system had to rely on more weapons this time, including simulated gun and missiles.

Unlike the F/A-37 Talon plane in the movie Stealth, the AI will not be solely in control of the airplane; a pilot will also be on deck, in the designated seat. Still, ACE’s goal is to allow the AI to automatically conduct combat maneuvers while the pilot is otherwise occupied handling “higher-cognitive battle [...] decisions.”

By the end of the year, DARPA plans to move ACE to Phase 2, which essentially means live subscale aircraft dogfights. The exact hardware that will be involved in this was not revealed.

For Phase 3, scheduled for 2023 or 2024, DARPA and one of its ACE partners, Calspan, will modify a full-scale L-39 jet trainer to allow the AI to take complete control over the aircraft and make decisions in combat situations. 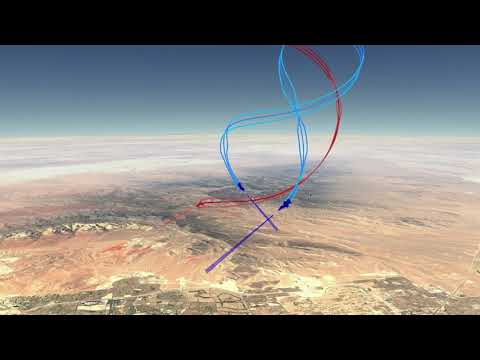