3 DARPA to Teach Self-Driving Cars the Meaning of Incompetent

Daniel Patrascu
The thing a great number of humans dread, autonomous weapons system, are slowly making their way into the most powerful nation’s military. DARPA, the agency behind countless hits in the field of weapons systems, is currently testing “artificial intelligence as a true partner” on the battlefield.
20 photos

The goal of the tests is to see how computers and humans can work together on the battlefield. You can see how it all went down in the video attached below.

BEAM is a network of unmanned nodes to be used in combat. For the most recent test, a tactical all-terrain vehicle was made to communicate with backpack nodes distributed on the field and an airborne node mounted on a Puma drone.

BEAM used its powers to detect electronic emissions, and to locate signals of interest for the troops on the ground.

ASSAULTS on the other hand used autonomous ground and aerial systems equipped with electronic surveillance tools, ground radar, and cameras to scout the ground ahead of the incoming troops. As they moved it, it provided flank security.

None of the systems used in these exercises were armed, as DARPA promises a “human would be involved in any lethal action.”

“But we’re establishing superior situational awareness through sufficient input and AI, and then the ability to do something about it at fast time scales,” said in a statement Lt. Col. Phil Root, the head of the Squad X Experimentation program developed to test these scenarios.

More tests of these technologies will follow in the coming months, but no date for actual combat deployment was announced. 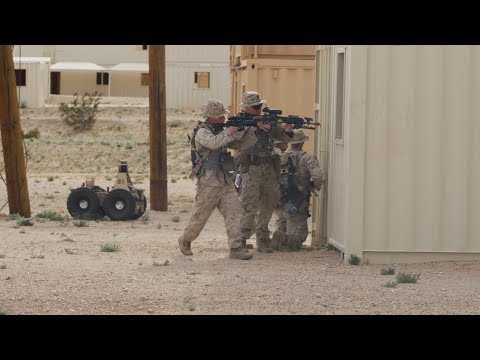