5 Coulomb ChargePoint Stations Available in Amsterdam
Up Next

Schumacher to Change Helmet Design in 2010 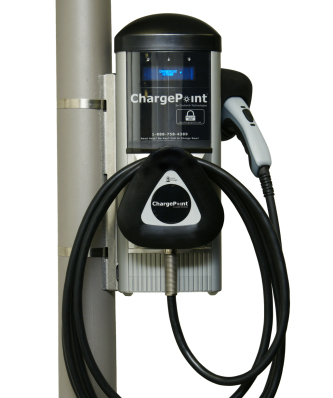 “This announcement is significant because the ChargePoint Network is quickly gaining a foothold in cities, businesses, and utilities all over the world due to our advanced networking applications. Combining these capabilities with Aker Wade’s proven Level III solutions will accelerate consumer adoption of electric vehicles."

According to the initial data, the Level III will offer a charging time of under one hour. It is operated through Coulomb's ChargePoint Network and comes with services like integrated billing system, Smart Grid integration tools and remote station management. Level III works thanks to an off-board charger that converts AC to DC, using a 480 Volt, three-phase electric service and will be available starting the third quarter of 2010.

"Field studies in Tokyo have shown that deploying fast chargers increase vehicle usage by more than 50 percent. And this is with first generation battery electric vehicles that were yet to be optimized for fast charging," Bret Aker, Aker Wade Power Technologies CEO added.

"With coming improvements in Li-ion technology charge times will be reduced to as little as fifteen minutes. This is the point where consumers will abandon gasoline for electricity. This is the tipping point for electric vehicles.”