5 Fisker Karma Makes Retail Debut in San Jose
Up Next 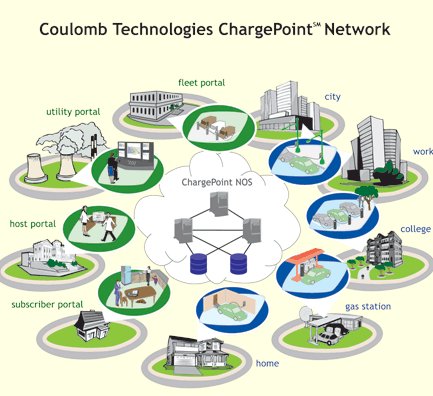 One of the first electric vehicle charging networks in the world has been opened by Coulomb Technologies in Lincoln City yesterday. The network will eventually comprise six stations located in and around the coastal town of Lincoln City and is to be used to allow consumers to charge their electric vehicles as they would a normal, internal combustion powered one.

"We have identified three great locations where a charge can be done easily and quickly, while drivers enjoy the amenities of the immediate surrounding areas,” Lincoln City Urban Renewal Director, Kurt Olsen said.

“In addition to the SW 51 Street location, two stations will be installed in north Lincoln City at the Community Center and two others in the center of town.”

"Lincoln City will attract new visitors from Oregon, Washington and California because of their forward thinking approach to new forms of transportation,” Richard Lowenthal, CEO of Coulomb Technologies added. “The City motto is ‘A Great Place to Try New Things’ and certainly establishing the infrastructure will garner attention from electric vehicle owners.”

Coulomb, one of the most active EV charging stations supplier, has already announced plans to expand the business into Europe and Australia in the years to come.

The company's CEO, Richard Lowenthal, is among the members of the recently formed Electrification Coalition, a body set up to promote policies and actions that will facilitate the deployment of electric vehicles on a mass scale.

The coalition envisions that by 040, 75 percent of light-duty vehicle miles traveled in the United States should be electric miles, so the efforts made to establish the necessary infrastructure should be accelerated.