1 Citroen DS3, with a Bit of Grey Matter

3 Serie Noire Edition for the Citroen DS3 and C5 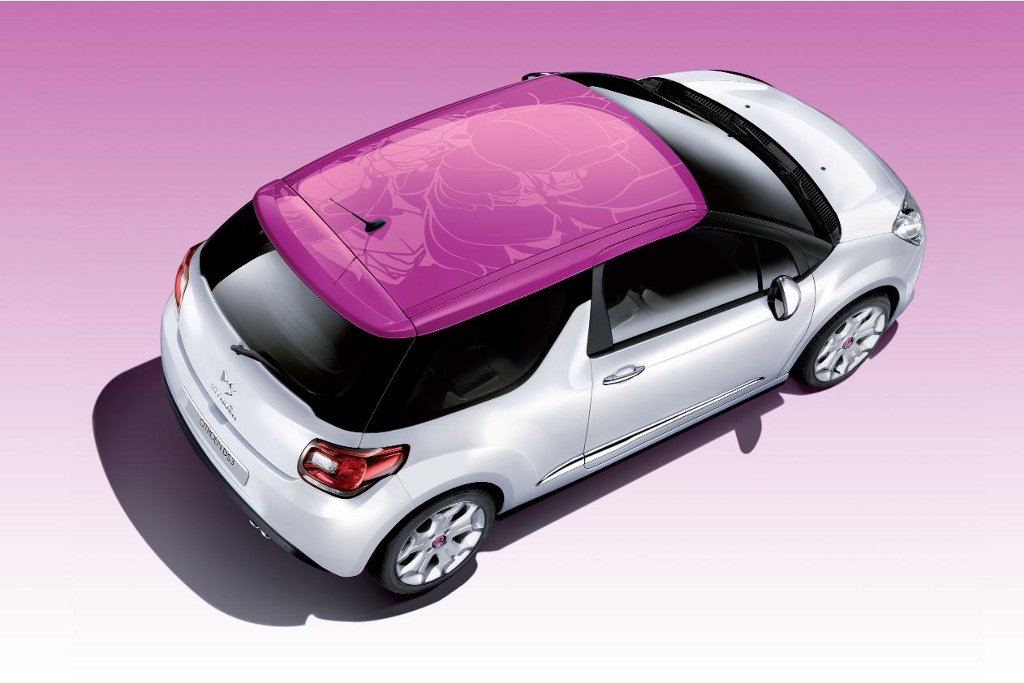 Celebrating over 100,000 orders received for the DS3 model so far, French manufacturer Citroen decided to mark this feat with the launch of new color schemes and roof designs that make the supermini even more delicious than a fondant.

Among the most eye-catching (or eye-blinding) options on the list we have a vibrant Fuchsia Pink roof color, which comes available with matching pink door mirrors, wheel centre caps, dashboard fascia and gearlever knob.

This new Fuchsia Pink ‘Touch’ is just one of a number of new personalisation options available on DS3 from July 2011. Customers can also choose a striking new Hickory Brown pearlescent body colour and two additional ‘Spirit’ roof designs - ‘Flower’ and ‘Flavio’ - which will surely make their ride stand out from the crowd.

“DS3 has already earned a reputation as one of the most stylish cars on the road, having picked up a whole host of awards, including Top Gear Magazine’s ‘Car of the Year’ and Fifth Gear’s ‘Small Car of the Year’,” Citroen mentioned in a statement for the press.

“Sales of the DS3 have blossomed since its launch early in 2010 and over 10,000 DS3’s have been sold in the UK alone. The extensive range of personalisation options and special collections - such as DS3 by Orla Kiely - have played a key role in ensuring the model’s success,” the French automaker further explained.

autoevolution has also taken the Citroen DS3 for a test drive, but only had to settle with a version that had white and silver alloy wheels, pearl black overall color with chrome trimming and white mirror covers/roof. Anyway, you can read all about it here.