Citroen introduced a facelifted version for the C3 Aircross at the beginning of 2020 and upgraded its engines and safety systems to comply with the Euro6d norms.

The C3 Aircross was introduced on the market in 2017 and was sold in over 330.000 units by 2020 when it was refreshed. It was a very successful vehicle for the French carmaker, and it proved its qualities as an all-around car. Its crossover-style, fuel-efficient engines, and decent interior made it a good choice in its price range.

Citroen built its small-segment crossover on the same platform as the C3 lineup. Its bodywork featured black plastic moldings around the wheel arches and side sills. At the front, the carmaker installed a redesigned bumper with a broader lower grille that sported a silver lower area that mimicked an aluminum shield. Its new LED lights were even slimmer than before, and that didn't make it look better. On its sides, the carmaker dropped the airbumps protection panels, which worked well against parking bumps with shopping carts.

Inside, the most important upgrade was for the seats, which were thicker than before, enhancing the comfort. A new 9" touch-screen took center stage on the dashboard. It featured Android Auto and Apple CarPlay connectivity that helped the driver navigate, play music, or take calls without removing the hands from the wheel. In the back, a 40/20/40 split-folding bench could have increased the trunk space from 410 liters (14.5 cu-ft) to 1289 liters (45.5 cu-ft).

Under the hood, Citroen installed its new engines upgraded to the latest pollution standards. The carmaker paired them as standard to a 6-speed manual, while an automatic transmission was available for selected versions. 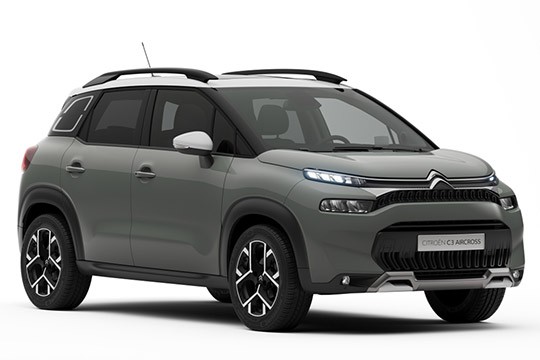