China Responds to Google's Driverless Car With the Hongqi HQ3 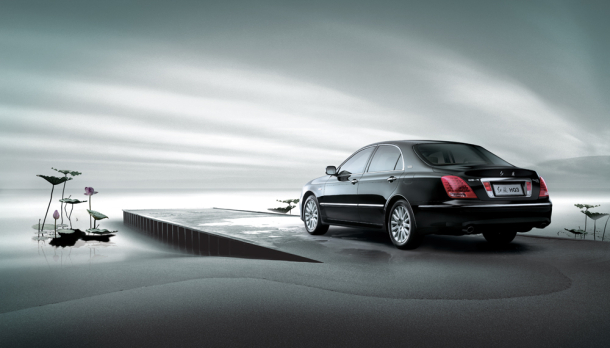 Following Google, researchers at the National University of Defense Technology in China recently revealed their autonomous vehicle which we hope it will not stumble as Google’s Prius did recently. In a partnership with China’s First Auto Works, researchers have fitted a Hongqi HQ3 sedan with sensors, cameras and a computer which enables the car to start, navigate traffic and stop, practically drive itself with out the intervention of a human driver.

The driverless car had managed to travel a 154-mile (248 km) journey on a crowded freeway which stretched form the Hunan province’s capital of Changsha to Wuhan, which is the capital of the Hubei province, in 3 hours and 20 minutes. The Hongqui HQ3 particularity is that it doesn’t use GPS technology to locate its position and acquire guidance to where its going or how to get there, as related by singularityhub.

The HQ3 relies only on its cameras and sensors in order to see where its going meaning that it can recognize speed limits, watch for traffic and make lane changes. The driverless car’s computer is capable of making decisions in 40 milliseconds which is a lot faster if compared to the 500 milliseconds a human driver needs. Taking into consideration the quick response of the car at external factors, it is theoretically safer. The Chinese HQ3 looks to be just as capable as Google’s car. At the first look the two cars seem to use similar technology, but it is expected that Google’s Prius will have a head start in matter of navigation given the company’s background.