4 Royal Enfield Bullet G5 Deluxe Available in the US 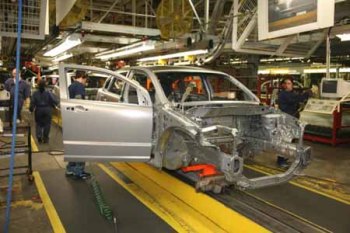 and more about the Indian automotive industry and how foreign manufacturers are beginning to ramp up production and build new facilities in the country.

One state seems to be at the forefront of this automotive El Dorado, Chennai. There, several foreign manufacturers, including American, Japanese and German companies, are building their cars with an increasing amount of success.

But that's not all. According to a government official talking for Business Standard, the region is poised to become a blooming automotive production center, with a huge $3 billion expected to be invested there by carmakers by the end of next year.

According to Tamil Nadu Industry Secretary Rajeev Ranjan, Chennai will be capable of producing 1.28 million cars by the end of the fiscal year, with one in three cars currently sold in India coming from Chennai.

That production number is likely to increase next year, as more than one manufacturer are planning major developments for the region. The Americans from Ford, for instance, plan to launch on the Indian market no less than eight new models by the middle of the decade.

Aside for carmakers, no less than 350 parts suppliers have located their business in the region, or roughly 35 percent of the Indian business in this sector.

This flood of carmakers in the region is being encouraged by financial packages offered to investors. According to the government official, this policy made it possible to attract five times more investments in the last four years than in the previous 15.