1 Ford to Export Figo in 50 Countries 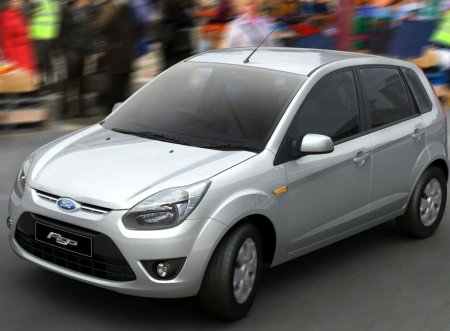 The success American manufacturer Ford is experiencing on the Indian market, with the help of the new Figo model, of course, is causing a lot of excitement in the management ranks of the company. According to the latest rumors, the carmaker is now eying a possible second facility in India, to handle the flood of at least eight models to be launched by 2015.

According to the Economic Times of India, Ford's new facility will likely be built near Sanand, in the state of Gujarat, the same region where Tata Motors builds the Nano. The Gujarat state is apparently more appealing to foreign manufacturers, including GM, who try to leave Chennai because of labor unions difficulties.

"Representatives from financial organisations that represent Ford have visited senior Gujarat government officials, though nothing has been finalised as yet," an inside source told Economic Times of India.

"They have indicated huge investment plans and if everything goes well, they could be coming in within two to three months to finalise things.”

As for the eight new models planned by Ford, complete silence. The success of the Figo (which helped Ford achieve a the 17 percent annual increase), an Indian-built model which now Ford plans to export to some 50 countries, including Mexico, North African countries and the United Arab Emirates is however pushing Ford into investing into new models as well.

"We have announced aggressive growth plans with our eight new products. We have nothing else to say or add at this time," a Ford representative said.