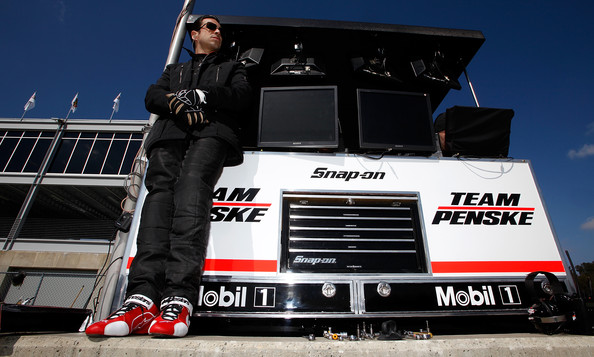 Helio Castroneves' actions after the controversial race at Edmonton a week ago were not left unpunished by the Indy Car officials, as the series have now confirmed the Brazilian was handed a $60,000 fine and put under probation for the entire duration of the 2010 campaign.

As we've reported to you last week, Castroneves lost his temper at the end of the race in Canada, after the IRL race officials stripped him of his win due to an incident that happened at the last re-start of the day. He was then accused of trying to block his Penske teammate Will Power and was not awarded the victory, which went to Ganassi's Scott Dixon.

After making an exit from his cockpit, Castroneves confronted some of the IRL officials, and even grabbed IRL security director Charles Burns by the collar. Later on, he apologized for those actions. Considering all that has been said and done, the IRL decided to proceed to a less harsher penalty for Castroneves.

“This sport is so close and competitive that emotions are always on display. However, that does not justify the post-race conduct of Helio toward series officials,” announced IRL's CEO, Randy Bernard.

“This is a very serious matter and we weighed all options, including suspension. But we felt suspension would hurt the fans more than anyone else. Fans have paid their hard-earned money to watch the best drivers in the world, and many bought their tickets for upcoming events with the expectation of watching Helio.”

“He is a great ambassador for this sport and we know his actions after the race in Edmonton are not indicative of his normal behavior,” concluded Bernard.