Buescher to Race for Phoenix Racing in Nationwide Series 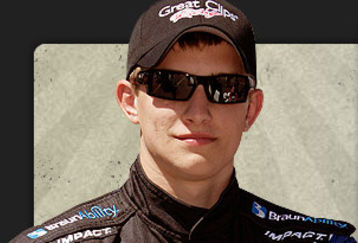 19-year old James Buescher will take a spot in the 2010 Nationwide Series for Phoenix Racing, while at the same time retaining his spot with Turner Motorsports for at least 9 Truck Series events. He will be piloting Phoenix's No. 1 Miccosukee Resort & Gaming Chevrolet, hoping to bring the team more than the single win achieved this season.

"Everyone at Phoenix Racing is really excited about teaming up with James for the 2010 season," James Finch, Phoenix owner told NASCAR. "Our No. 1 Miccosukee Chevrolet runs competitively every week and we are confident that James can achieve a lot of success and contend for wins every time we get to the racetrack. The Nationwide Series needs more drivers like James, because these young talents need to have a chance to develop before moving to the next level. Furthermore, we are looking forward to working with Turner Motorsports next season."

Buescher is currently piloting the No. 10 Circle Bar Racing in the Truck Series and is seen as a possible Raybestos Rookie of the Year award winner. He is also the holder of the youngest winner in ARCA history title, a feat achieved during his first ARCA RE/MAX Series race at USA International Speedway.

"I'm very excited about my plans for the 2010 season to run in the Nationwide Series and the Camping World Truck Series," Buescher told the source. "Both series provide young drivers a place to learn and compete at the highest level."

"I would like to thank James Finch, Marc Reno, and Miccosukee from Phoenix Racing and Steve and Sandra Turner from Turner Motorsports for giving me the opportunity to have as much seat time as possible next year."