5 Tata Managed to Secure Private Funding for JLR
Up Next

British Drivers Believe They Are Being Ripped Off 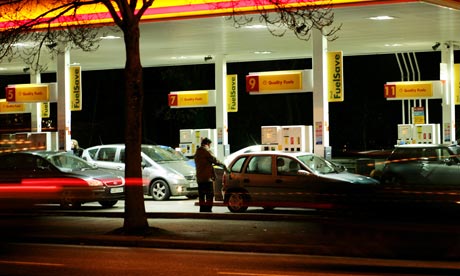 A recent study conducted by Admiral revealed that most of British drivers think that the government is trying to rip them off when referring to fuel costs. The insurance company surveyed 2500 British driversand discovered that more than 90 percent of them believe they are being ripped off by the government with the current cost of fuel.

Others blamed the oil companies for this, petrol retailers and world affairs for high prices at forecourts. The study revealed that only one in three drivers are concerned about the environmental damage their car produces. Also, just one percent of motorists own a hybrid car, and among them almost, four out of five say they own one because of eco-friendly reasons.

Among those who do not own a hybrid car, just one in four said that they would consider paying extra to buy an eco-friendly car. The study revealed the concerning fact that one in five people said they had their vehicles damaged as a result of poor road conditions. More than 20 percent of the drivers surveyed say that they would be willing to pay extra tax if they were assured that the money would be spend on fixing the roads, as related by autocar.co.uk.

When the surveyed drivers were asked about what rules they have recently ignored, 58 percent of motorists admitted they ignore speed limits. Also, a notable fact is that only half of the British drivers have passed their driving test at the first attempt, and when they where asked if they would have to take the test again today, only 60 percent confirmed that they could.