2 Brad Pitt Helped by Paparazzo in Motorcycle Breakdown
Car video reviews:
Up Next

Red Bull Not Switching to RB6 Development... Yet!

Brad Pitt Drives to McDonald’s in a Chevy Tahoe 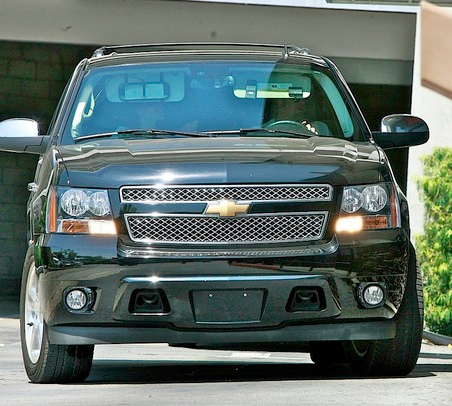 Is it modesty or just money problems for Brad? We were almost getting tired of Brad Pitt and his two-wheel hobby, as the 45-year-old actor has only been spotted (and even helped) by the paparazzi mounting and riding his motorcycles, enjoying solo rides in L.A.

Well, it appears that Brad is not all about bikes after all, as he was recently seen as normal as an A list celebrity can get and that is driving to a McDonald’s fast-food restaurant in a black SUV, a Chevrolet Tahoe, celebritycarsblog.com reported.

Ok, so maybe that is not as cool as driving a G-Klasse or a Range Rover, but at least it shows that he is a bit modest. Or, as long as it has four wheels instead of two, Brad doesn’t care about what he’s driving. Really, whoever thought it’s a money problem for him, should stop smoking that ‘green’ stuff.

Thought we have seen him mostly riding the Custom Bobber chopper that broke down on him just few month ago, we know that Brad has an impressive motorcycle collection, that includes a Ducati Desmosedici RR, a Monster 696 and a selection of Harley-Davidson choppers.

Moreover, as a short reminder let us tell you that he recently purchased a new two-wheeler. The customized chrome bike, with a metal seat that hurts our genitals only by looking at it must have cost him a fortune. The new bike was delivered to Brad as he was attending a promotional event for his new film Inglourious Basterds directed by Quentin Tarantino.