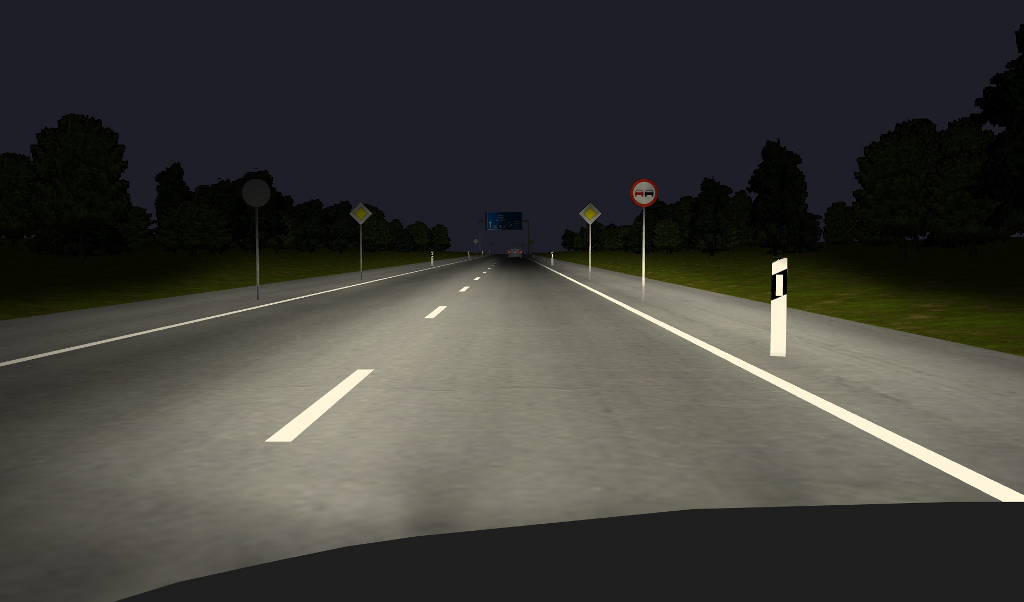 Trying to tackle one of the hardest problems facing a driver at night, that of vision, earlier this week German automaker BMW announced a series of projects aimed at making the lives of both the BMW drivers and the others' a bit easier.

Whereas probably the most interesting project in this announcement was the Dynamic Light Spot, used to pinpoint and illuminate human and animal hazards on a dark road, probably the most useful one is the so-called glare-free high beam.

Until now, drivers are faced with two major challenges when it came to driving at night: poor visibility and the danger of being blinded by the incoming headlights. With one strike, BMW plans to eliminate both these problems.

The system recognizes other vehicles at an early stage and depending on the traffic situation, switches the beam to high or low automatically. A camera sensor in the interior mirror bracket registers the headlight beams of approaching vehicles from a distance of as much as approximately 1 km, and the taillights of other vehicles in front from about half that. When that happens, it automatically switches the high beam to low, and back again as soon as other drivers are no longer in danger of being blinded by the glare.

BMW says that during the tests it performs, the system allowed the driver to take better and longer advantage of the high beam, mostly because the manual switching of the two beams has been eliminated. “Night driving in a BMW is thus safer and less stressful,” concludes the automaker.