1 Hot Girls, an M3 and an Airplane for Epic Game of Tic Tac Toe

4 Upcoming BMW 435i Testing on the Nurburgring

Unveiled at the 2013 Concorso d’Eleganza Villa d’Este, the BMW Pininfarina Gran Lusso Coupe concept blends the ultimate German performance features with renowned Italian styling cues.
1 photo
Already showcased by a comprehensive batch of photos and an introductory video footage last week, the Gran Lusso Coupe was also filmed in motion at the Italian event, and thanks to The Car Addict we’re able to show you the unique vehicle while running its V12 powerplant.

As a reminder, the BMW Pininfarina Gran Lusso Coupe is based on the new 6 Series Gran Coupe and sports a 6.0-liter V12 engine under its long bonnet. Far from being spectacular, the video show the car’s impressive size that could turn this two-door concept into a capable full-size luxury sedan contender if put into production.

Check out the stunning BMW Pininfarina joint effort in the video uploaded below. 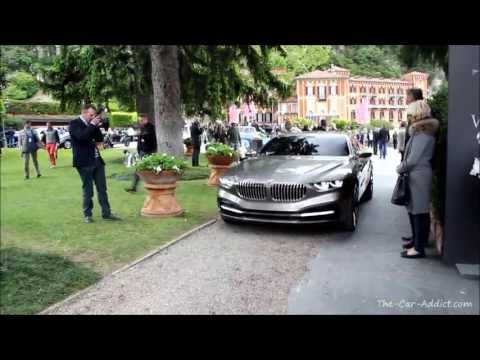