5 Another Rare Find: a BMW E24 M6 on Craigslist
Up Next

BMW E24 M6 Review Is as Honest as It Gets

Gabriel Nica
BMW decided for some unknown reason to take a big break in between two consecutive models of the 6 Series. We’re talking about the break they took after pulling the E24 model out of production before introducing the E63 version in 2003.
1 photo
That was a 14-year long hiatus, and we actually missed the sixer. Sure, we had the pleasure of indulging ourselves with the 8 Series in the meantime but they’re not the same thing. That’s especially true when you’re thinking of M cars.

Sure, the 8 Series had a couple of models that had the M division’s expertise imbued in them but not a proper M8 model. Well, the M6 did, in all of its production versions.

The original E24 was marketed as an M635i in Europe, but the US received it only as the M6, a much shorter, clearer name to begin with. It was rather different from the European version too as the regulations on the sides of the Atlantic used to vary by quite a hefty amount.

Only 1,767 M6 models were built for the North American continent and out of that number, 135 were sent to Canada. Therefore, only 1,632 models ever made it to the US.

Since then, over 26 years passed and the remaining models that are still running are fewer by the day. The guys from EverydayDriver got to ride in one of them thanks to a more than cool owner.

What they found out is not surprising at all. Everyone always gets extremely hyped about older cars, but the truth of the matter is, they are a hassle to drive, especially if you’re used to modern alternatives.

The steering, for example, is not as precise as the electro-hydraulic versions of recent years and basically, you have to turn in quite a lot to get the front wheels actually to do something.

The gearbox is not as precise as you’d think as well. There’s a lot of play and you don’t get any feedback as you move the shifter. These are all things you wouldn’t expect, right?

Even so, driving such a classic car is an experience you can’t miss out on and the brilliant inline 6-cylinder naturally aspirated engine is as smooth as ever, despite the years that passed over it. Check it out in the video below. 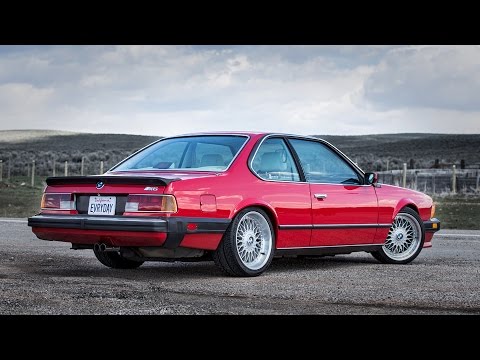