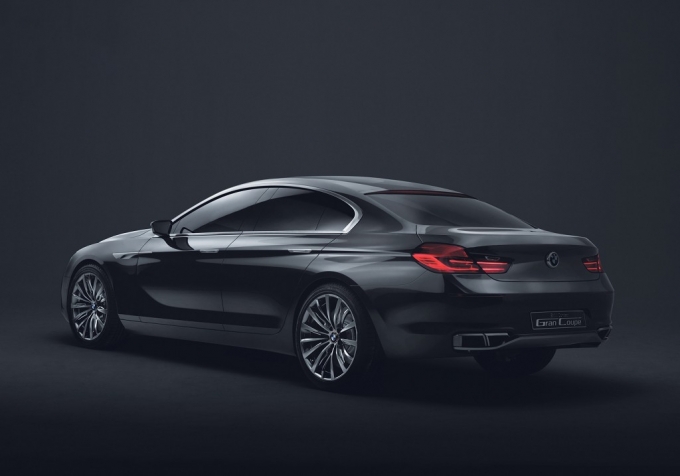 The concept car which was presented by BMW at the Beijing Auto Show as a possible rival for the Porsche Panamera, Maserati Quattroporte or the soon to be unveiled Audi A7 is rumored to get its place at the BMW Welt in Munich.

Designed to mix the abilities of a GT and a sportscar, the Concept Gran Coupe is 5 meters long, but with a roof 100 millimeters shorter than the one on the 7-Series sedan. A car which blends, as BMW says, the presence and elegance of a 7-series with a more dynamic, sporty character. And a touch of the CS concept, we might add...

The concept will spawn a production version, likely to take the shape of a 6 Series Gran Coupe or a new 8 Series.

Rumor is the future 6er Gran Coupe, already approved for production in BMW offices, will use the same platform as the current 5 Series (including GT) and 7 Series. It will be powered by six and eight cylinder engines, paired with an eight-speed automatic gearbox.

Whatever the shape or name it will adopt, the Concept Gran Coupe will most likely show its face on the road in 2012.