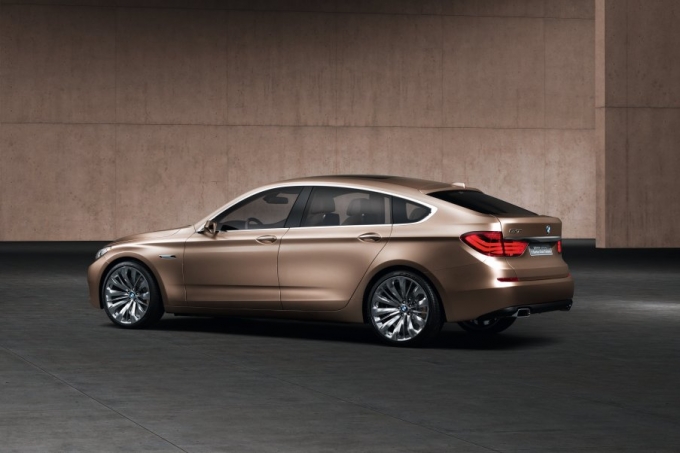 What may very well be Chris Bangle's last and final design (unless he left behind a shelf full of drawings) for German manufacturer BMW, the 5 Series GT, came back to haunt its detractors with a new video posted by BMW TV, via bmwblog.com. And unlike the previous one, this is no CGI video, as the leaked video presents the future production version of the 5 Series GT.

Hans-Jurgen Branz, Project Manager for the 5 Series GT, presents the vehicle, unfortunately for those of us who don't speak German in his native tongue. This should be no deterrent for both sides of the Bangle wars, who will either get excited or pi***d off by the video.

So, for a good part of the video, Hans-Jurgen Branz and the BMW 5 Series GT are involved in an unnatural semi-erotic relationship. An unfortunate way BMW chose to stress the GT's lines, but at least we now have an idea of how the car looks 'in the flesh".

The color chosen for the car which stars in this video does make it look a bit better than the skin-like one showcased on the version presented in Munich. This is also true for the interior, as this version of the GT has given up the two-color scheme showcased before in favor of a friendlier, one color leather.

We are not going to get into the "whys" and "hows" of the subject once again, as most of us already have a defined opinion about the GT. Just look at the video and decide for yourself if the 5 Series GT is indeed "Satan's offspring" or a vehicle set to create a new segment: Progressive Activity Sedan.

Whatever it may be, we dare say that, in the end, Bangle won. Almost two moths after his departure from BMW, the man still comes back (unlike Karim Habib, who left our collective minds as soon as he walked away from BMW for Mercedes) to taunt those who say they don't like his designs, but still buy the cars.