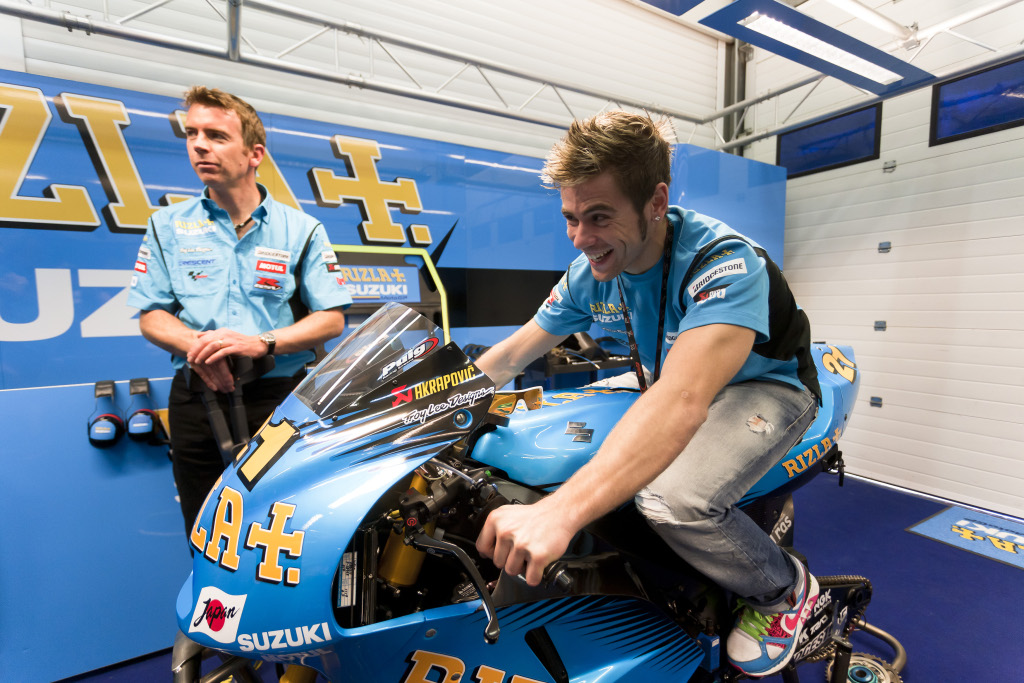 Only a few days are left until the Portuguese GP kick-off this weekend, and Rizla Suzuki are yet uncertain on who they will field in the Estoril-based event. Since John Hopkins is no longer available to replace injured rider Alvaro Bautista, is it believed the team's test rider Nobuatsu Aoki is next in line to replace the Spaniard, should that be the case.

According to an interview posted on the team's official website, Bautista is now aiming for a surprising return to MotoGP action this weekend, only 6 weeks after he had sustained a serious femur injury in the practice session of the Qatar GP.

“I have been working very hard to be back in time for Estoril and I believe I will be able to take part in the race,” said Bautista, who underwent no less than 3 operations to his femur in the past month and a half. “I know it will be difficult, but I think the sooner I can get on the bike the more it will aid my total recovery and help my way to full fitness.”

“I have travelled over 4,500km with many journeys to the hyperbaric chamber in Madrid to assist with my healing - I have been there so many times I could close my eyes and go without problems! I have now finished the rehabilitation phase and started on the physical preparation; this involves a lot of swimming, cycling and other fitness programmes to build up the strength so I can ride again.”

“It is going to be really tough, but I am totally focused on being on the GSV-R in Portugal, it’s all I can think about at the moment and that is my first goal. After that we’ll see what happens and take everything one step at a time.”