1 Alvaro Bautista Crashes at Over 250 km/h, Escapes Unhurt
Up Next 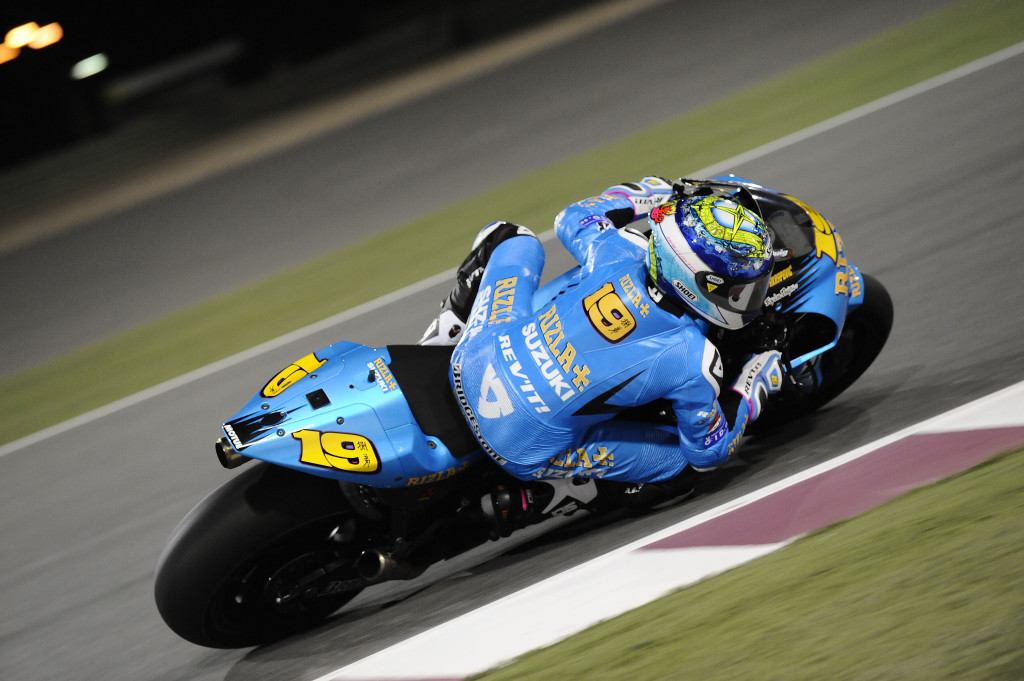 Alvaro Bautista was lucky enough to escape unhurt from his massive crash in the last day of Qatar testing this week – when he lost control of his bike at over 150 mph and destroyed his Suzuki challenger – but the incident had a direct effect on his practice performance on Thursday.

Naturally, the Spaniard experienced some pain in his arm following his crash on Tuesday and the new gloves he tried on for the Qatar P1 did not manage to provide him with enough comfort for the day. Additionally, the bike's new setup – featuring a new braking system – also added to the pain he had to endure during the 45 minutes of action.

“It was an impossible practice because we wanted to try a different setting, but I had a problem with the front brake feeling right from the beginning and after that I also had some pain in my right arm - which was probably because I had new gloves on and they were too tight – so I wasn't able to ride like I can,” said Bautista, who had to settle for the 16th best time of the day, more than 2.5 seconds off the leading pace.

“At the end I used the other bike, but the problem hadn't gone away. I think we need to forget today and concentrate on tomorrow because we have two more practices to improve things.”

His team manager Paul Denning also expressed his frustration over Bautista's physical issues, saying that the P1 in Qatar was simply a waste of time. Needless to say, the team will look forward to the 2 practice sessions on Friday night, when they'll try to recover the lost ground prior to the Saturday qualy.

“Unfortunately we wasted 45 minutes of good track time tonight and got absolutely nothing done,” said Denning. “We had an issue that didn't come up all through the test, which meant Alvaro wasn't able to ride the bike properly.”