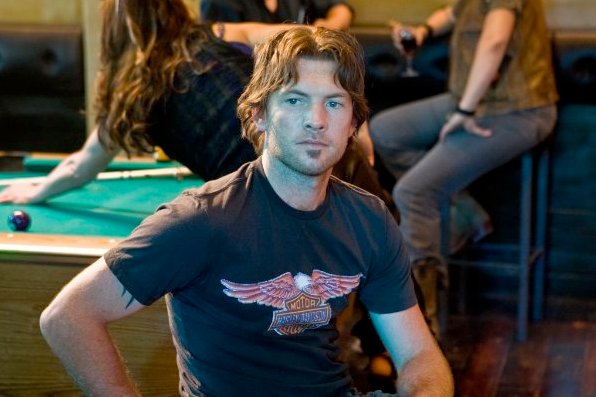 Although there were no motorcycles featured in James Cameron's latest success, a scene from the blockbuster Avatar and post film ads heavily promote lead star Sam Worthington as a biker. The bad boy image seems to be firmly associated with Harley-Davidson, just like in many other movies.

Cameron sets the rebellious tone of Worthington's character by having him wear a Harley-Davidson T-shirt early in the movie, while in a bar.

Cameron, famous for writing and directing successful movies such as Terminator, Aliens and Titanic has acknowledged in various interviews the motorcycle branded t-shirt is far more than product placement, but a tried and true method of creating the image of a tough guy with the audience.

Well, Cameron’s philosophy seems to be working just fine, considering that Avatar earned $126 million in the US and over $160 million internationally in just five days of release.

The story’s main character, Jake Sully (played by Worthington), is a former Marine who was wounded and paralyzed from the waist down in combat on Earth. Trying to get a healthy body, Worthington's character works through a genetically created alien, an avatar, to convince the native population of Pandora to relocate and allow companies from Earth to have access to the valuable reserves of a precious mineral.

Sam Worthington is already known to many from the Terminator Salvation movie, where he plays a terminator with amnesia opposing Christian Bale's John Conner character. This movie also had strong ties with the two-wheeled world featuring motorcycle killing machines based on the Ducati Hypermotard.