3 Audi A7 Avant Rendering: What If?

The Audi A5 was created out of the desire to differentiate the A4 cabrio from the sedan. Instead of simply getting a better looking car, we got one of if not the best design in Audi’s current linup, one which we think they diluted for a bit of market share with the A5 Sportback, a car that looks too much like the A4 sedan.
1 photo 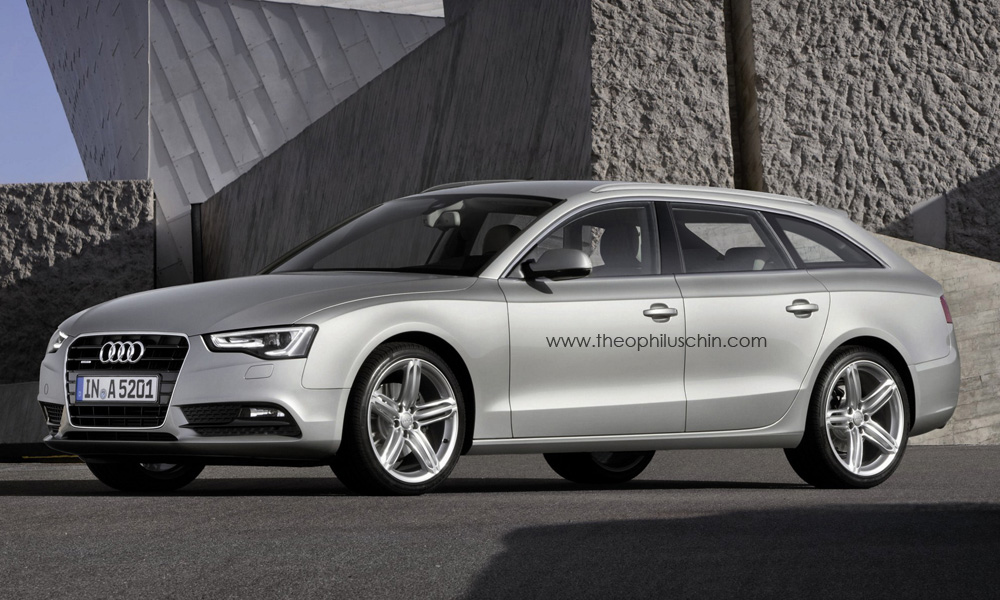 Now though, wagons are making a comeback, as Jaguar and Mercedes Benz are taking the market by storm with the XF Sportbrake and the upcoming CLS Shooting Brake.

Audi could stick it and continue offering the same cars, since both the the A4 and A6 Avant are recognized the world over.

However, just look at this rendering of the A5 Avant, showing what could potentially arrive in your driveway. The back window is rakish and flat, yet still has typical Audi lines. It’s sad what they might do to the A5, but at least it’s a cool people-mover.