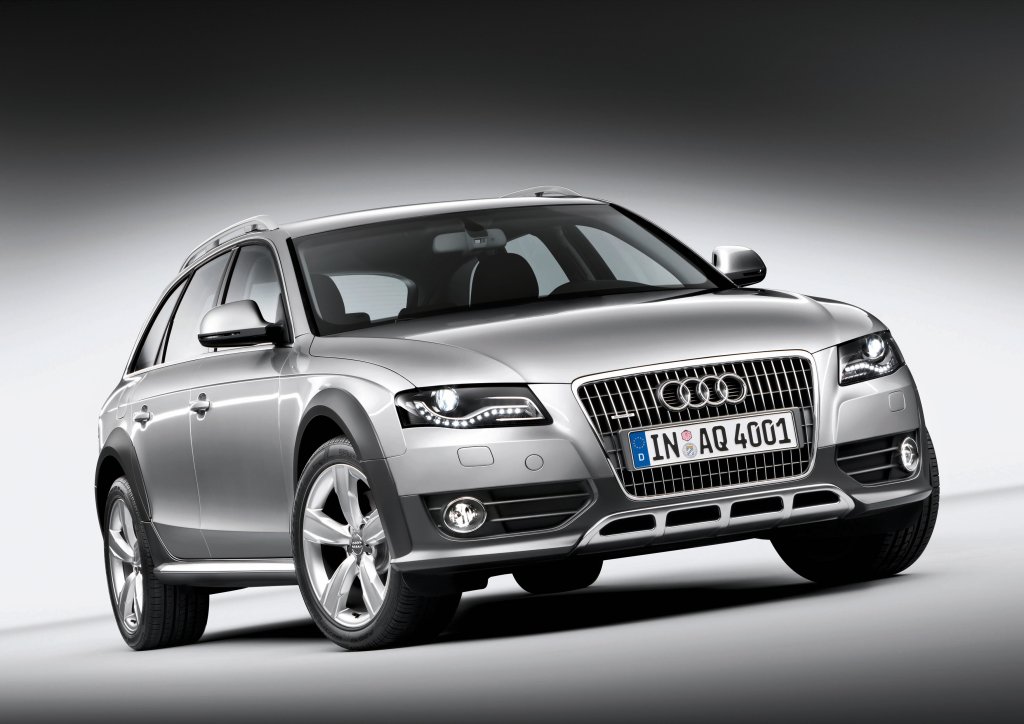 After countless spy-photos of jacked-up A4s in both sedan and Avant-guise, Audi has finally lifted the veils off of the new A4 allroad quattro. What is essentially an A4 Avant on stilts and permanent all wheel-drive, the A4 allroad quattro thus becomes the A6 allroad quattro's little brother.

Design-wise, except the higher ground clearance, the new model can be recognized by the moon-gray single-frame radiator grille with vertical chrome looking strips, while the front bumper is more accentuated and it sports larger air inlets. Following Audi's new more in-your-face design theme and contrasting with the muddy roads to which it should most look at home, the new model also features chrome rings around the fog lights. Kind of like a sheep in wolf's clothing.

The wheel arches are now more flared and are also covered in mud-friendly plastic, while the stainless-steel underbody guards are available as standard both in the front and in the rear. The strange part about the 180 millimeters (9.1 inches) ground-clearance is the fact that according to Audi's own press release, the increased ride wight is only that high when the car is unloaded.

Equipped with 17-inch allow wheels, the blinged-out fog lights, a headlight washer system, roof rails, an automatic climate-control system and a CD-player, the new Audi A4 allroad quattro will be available at dealerships this summer at a basic price of 37,100 euros.