2 4Matic All-Wheel Drive is The Future of AMG, Mostly

4 Head of Engineering at Mercedes-Benz Vans is Replaced

5 Breaking: Tobias Moers is The New Chief Executive of AMG
Up Next

Alex Oagana
One of the most talked about stereotypes about Germans is their lack of – or should we say peculiar – sense of humor, but if were to judge their entire population from the following interview we would say that those stereotypes are either unfounded or vastly exaggerated.
1 photo
Officially at the helm of AMG since the beginning of October, Tobias Moers' heart is apparently 100% pumping gasoline in his veins.

He has worked at AMG in various positions since 1994 and he was also behind the very first Black Series - the MY 2006 SLK 55 AMG Black Series – which was pretty much the start of a new era at the Affalterbach performance brand.

In the following interview, conducted by three of Motor Trend's editors, Tobias Moers is asked a number of mildly uncomfortable questions about the AMG brand and its future products.

In a very elegant and amusing way, the new AMG boss lets it slip that 2014 will be a very important year for the performance brand, hinting most likely at the upcoming C190 project and the M177 engine, but you better watch the whole interview to get a better idea. 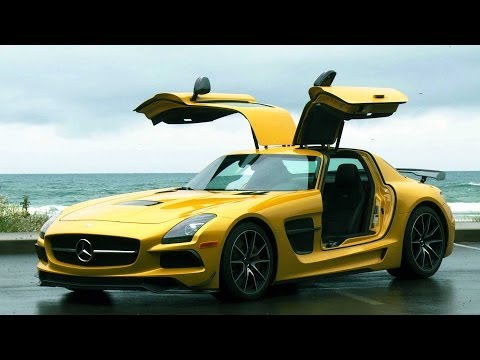