5 Rolls Royce Hyperion by Pininfarina for Sale
Car video reviews:
Up Next

After extensive teasing, Rolls-Royce has finally revealed the 8th generation Phantom. It's all new - new engine, new platform, new laser headlights and so much more.
29 photos

Even though they're not exactly cut from the same cloth, the new Phantom has something in common with the 103EX Vision Next 100 Concept. The front grille is supposed to be larger than before, but it actually looks more tapered in. The way the body sinks around the headlights is very similar to how the bride of the nose and the brow form around human eyes to protect them.

The side is typical of the Rolls-Royce brand, defined by a few lines that gently flow from one end of the car to the other. The bit that sticks out the most is a sort of classic rear bumper element.

The Phantom Eight is roughly the same size as the previous generation, but it's built on a brand new platform, the so-called "Architecture of Luxury" which is an all-new aluminum spaceframe which RR says is of its making. Torsional rigidity has gone up by 30% while weight has gone down, though they won't say by how much. The Cullinan SUV will also use this architecture, along with the next generations of the Ghost, Wraith, Dawn and whatever else they cook up.

Predictably, the uber-luxury vehicle has gone all high-tech on us. For example, there's now a camera that helps the air suspension's bump-soaking job. And to ensure the 8-speed automatic is always in the right gear, satellite navigation reads what's ahead regarding corners and hills.

The new laser headlights are said to be the most advanced in the world. However, we're enchanted by something a little more old-fashioned. In place of the giant slab of wood, the Phantom has "The Gallery," an uninterrupted glass enclosure where you can commission pieces of great art. See if you can catch them in the photos and videos below. 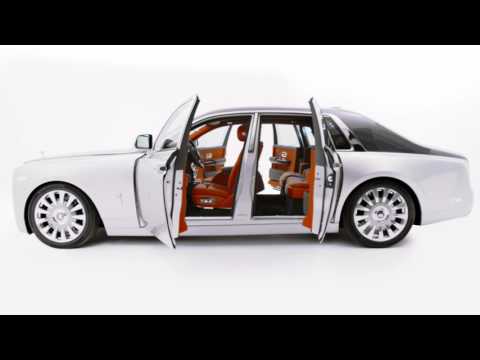 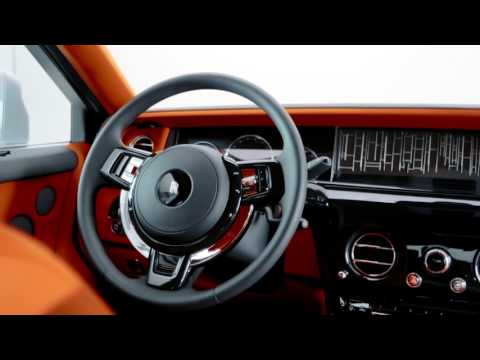 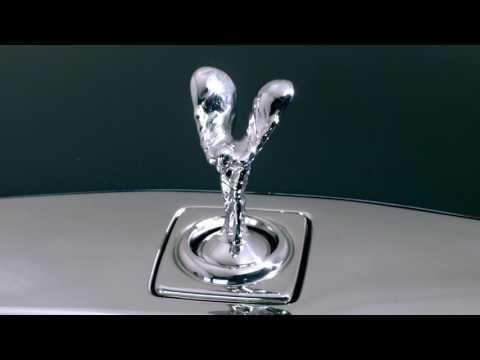 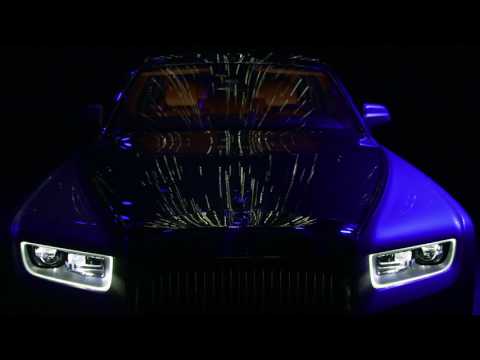 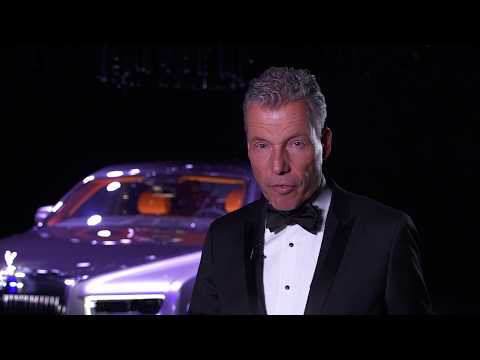