2 Harley-Davidson Gets Into Emissions Scandal, Settles With EPA For $15 Million

Gabriel Brindusescu
The launch of the new Milwaukee-Eight vee-twin engine plays a significant role in offering better Harley-Davidson touring machines by increasing power and fuel efficiency. But that’s not all, as the long-travel range comes with more than that to offer better control and enhanced comfort too.
22 photos

H-D’s big-bike segment gets all-new front and rear suspension components to improve comfort and control. A new emulsion-technology rear shock absorber offers 15 to 30% more pre-load adjustment at the turn of a single knob, no special tools being required.

Up front, new Showa SDBV suspension technology has been used to deliver the damping performance of a racing-style cartridge fork with linear damping characteristics as well as a lower weight.

Small changes have been brought to the Custom Vehicle Operations (CVO) line too, and the 2017 CVO Limited range gets Contrast Chrome Slicer wheels, a more comfortable seat and a new custom paint scheme with four new color combinations to choose from.

Moving to the 2017 CVO Pro Street Breakout, the models under this badge gain the benefits of the new engine and suspension as well, also gaining new finishes and textures to bring a darker look to the lineup. Three finish choices are available which includes the new Starfire Black/Scorched Apple combination.

Although they’re not part of the Touring range, the Street 500/750 models get some upgrades for 2017 too, being available with ABS and H-D Smart Security System that’s controlled by proximity key-fob. New optional two-tone finishes are part of the change too, including Vivid Black Deluxe and Velocity Red Sunglo Deluxe in the US as well as Vivid Black Deluxe and Fire Red Deluxe in Asia, Europe, and Latin America.

The new models will be unveiled to the public through a series of dealership events on September 23rd so make sure you check for more information with your local Harley-Davidson retailer to schedule a test-ride. 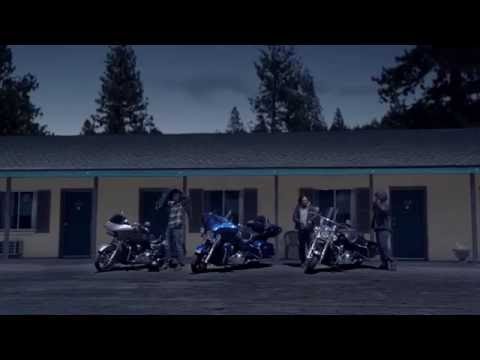