5 Lotus F1 Has Been Bought by Renault for 1 Pound
Car video reviews:
Coverstory

One of the most annoying things about modern Formula 1 is the low level of exhaust sounds. Apparently, the 2016 season will be much improved from this point of view.
1 photo
There is no question that the current era of Formula 1, which started in 2014 with the replacement of naturally aspirated V8s with 1.6-liter turbocharged V6s augmented by electric power, was a bit of a letdown for most old-school fans.

Sure, the number of cylinders or the inclusion of electric power aren't by far the only things wrong with modern Formula 1, but a lot of people sure do miss the hair-raising exhaust sounds from a few years back.

F1 and FIA officials apparently took note of some of the problems brought to the table by fans in the last two seasons and the first step in the right direction will be taken in 2016. Thanks to the turbocharger wastegate no longer exiting through the exhaust pipe, thus quieting the engine's sound even further, a much more distinct exhaust sound should accompany the 2016 single-seaters.

“Something the spectators may notice more is that the engines will sound a bit sharper. Over the winter we can expect more power from improved combustion and this will in itself produce a bit more noise but perhaps more significantly the turbo wastegate is no longer plumbed into the main exhaust. This should not only produce an engine note that is around 12% louder than before but may also from time to time trigger some of the dramatic sounds we all associate with high performance turbo charged engines,” said Pat Symonds, Chief Technical Officer at Williams F1, during a Q&A about the new Formula 1 Season.

While 12 percent may not sound like much, the tonality of the new exhausts should be much improved compared to the 2015 and especially the 2014 season.

Still, the biggest problem in this area probably came from the much lower rpm levels compared to the V8 and especially the V10 eras. From that perspective, we're probably still years away from a solution that's good enough to satisfy old-school F1 fans, but we can only hope.Here is a small preview of how the new Mercedes-AMG F1 car will sound on the track: 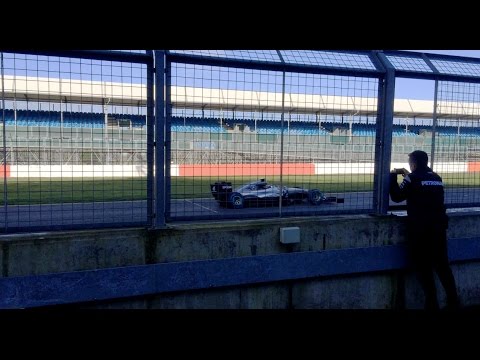