1 2015 Volkswagen Touareg Facelift Tested: the All-Rounder of the Segment

5 2015 MINI JCW Paceman ALL4 Tested: Why We’re Having Second Thoughts
Car video reviews:
Up Next

The Ultimate Skateboard of the Future Comes in Two Pieces

The mid-life facelift for the Volkswagen Touareg brings about some rather discrete improvements in terms of design. The model remains largely the same, though for the people who buy these discrete SUVs, the posh changes are very welcomed.
1 photo 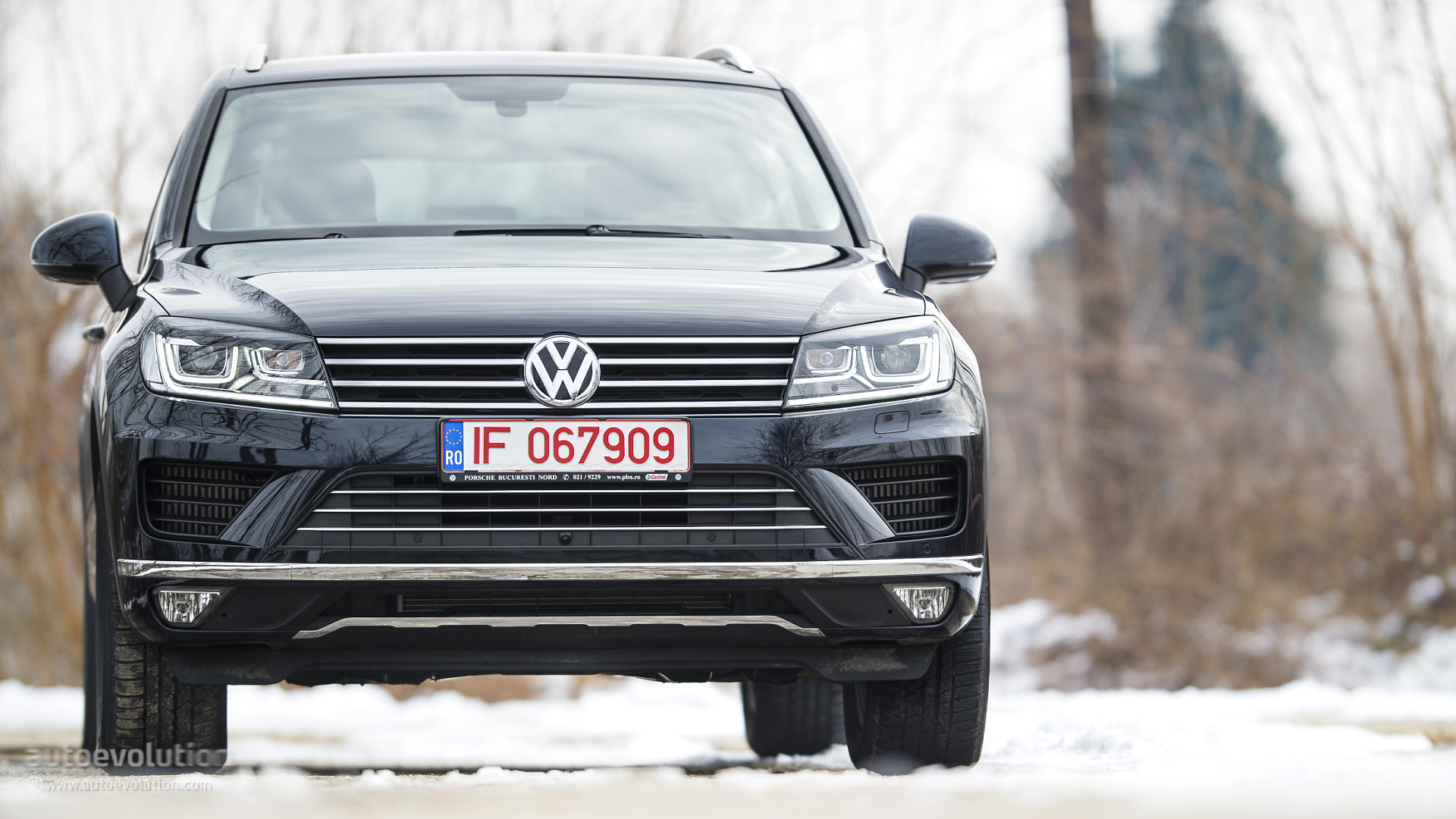 At the front, the 2015 Touareg has new headlights which follow the latest design language from Volkswagen. Like on the Golf, they have U-shaped rings of LEDs at the bottom, but there's another line which carries over into the grille. LED taillights are now also standard and have a design similar to the Passat. 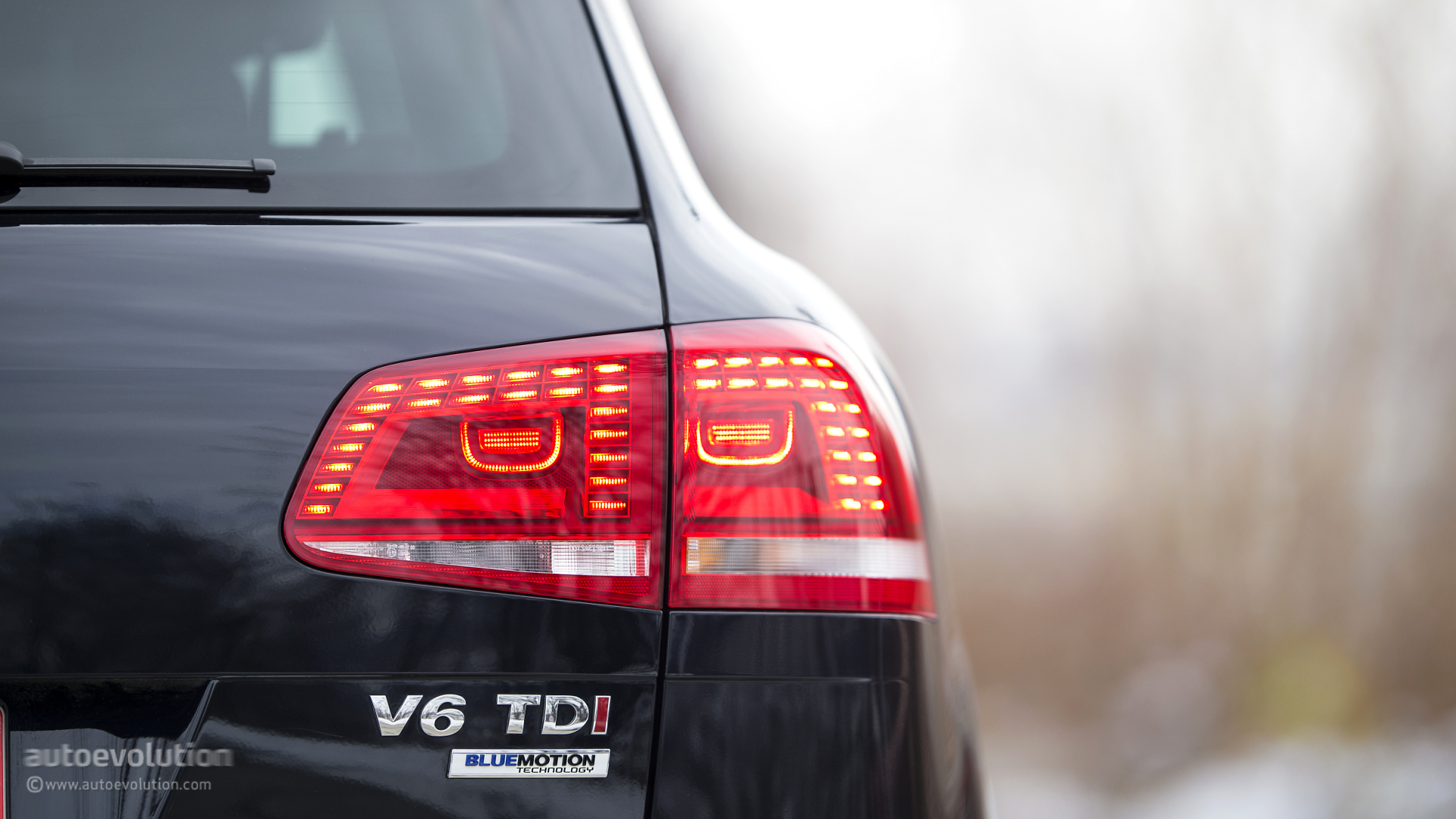 Like any other German car, customization is the key to having a good-looking vehicle. For example, you can order the Style and Chrome package for about 1,000 euros and bring small inserts all around the Touareg. You can even have large chrome wheels, but those are three times more expensive. 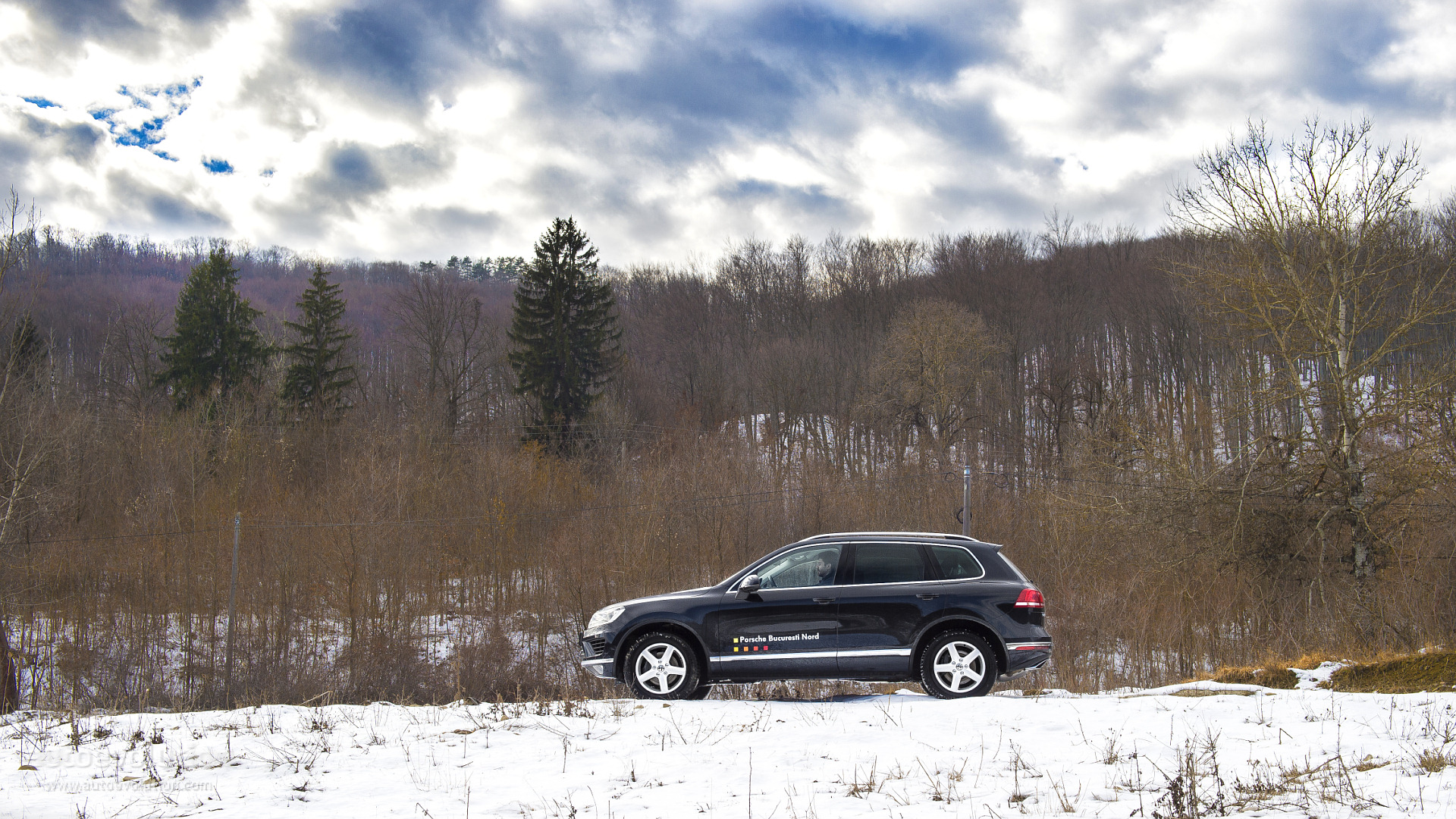 Another option that could make the 2015 Touareg look beautiful is the R-Line package. It works a bit like the BMW's M Sport or Audi's S Line, giving you the impression of a high performance SUV, when in fact you only have a diesel engine under the bonnet. 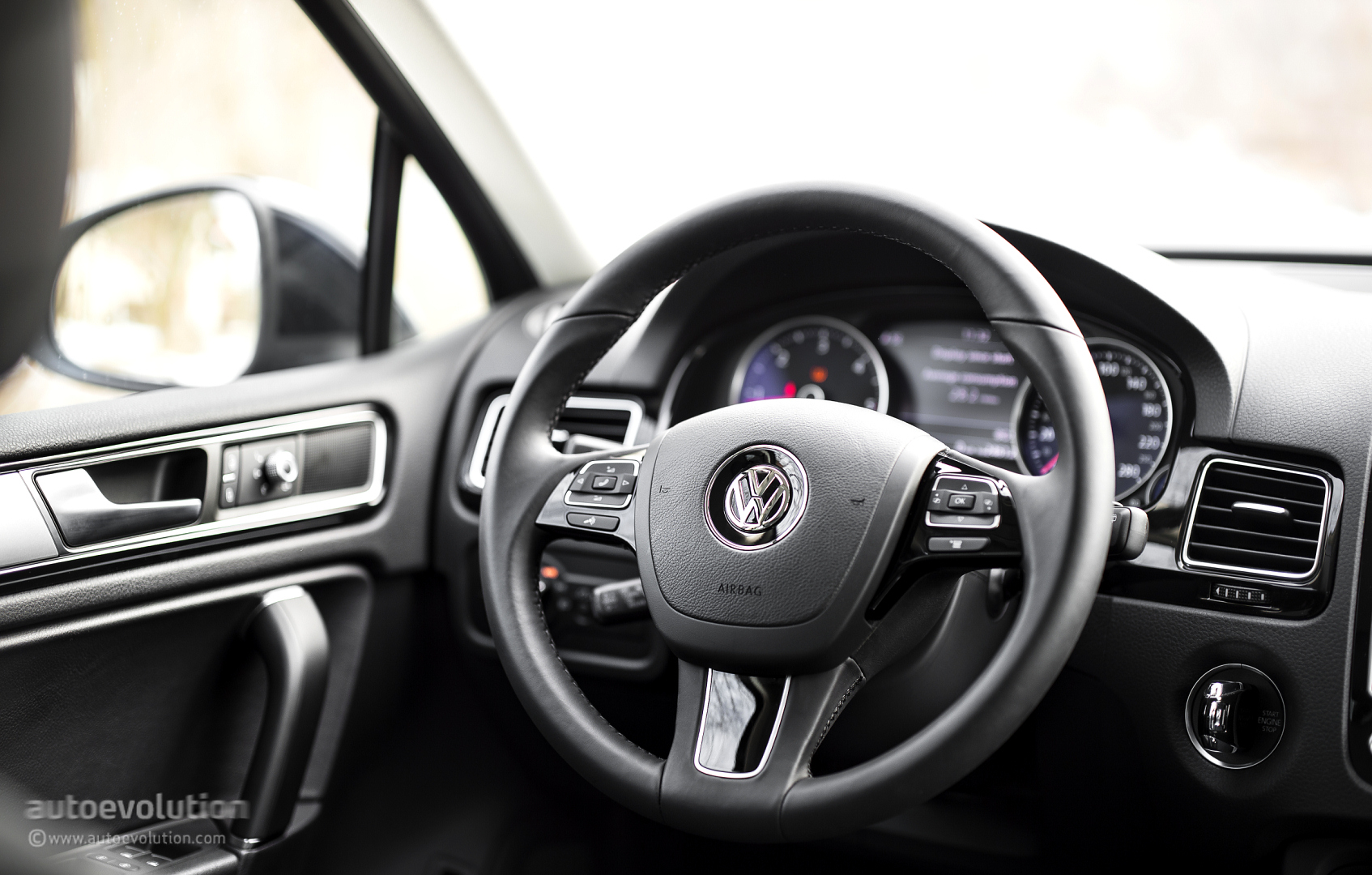 Speaking of what's under there, the 2015 Touareg brings a new V6 diesel engine that's both more powerful and economical. The base unit makes 204 PS, while a 262 PS version is also available. Available engines also include a larger V8 TDI and a hybrid. The latter mates a 333 PS V6 petrol unit to a 52 PS electric motor, resulting in a total output of 380 PS. It can also drive at speeds of up to 50 km/h (31 mph) in all-electric mode. 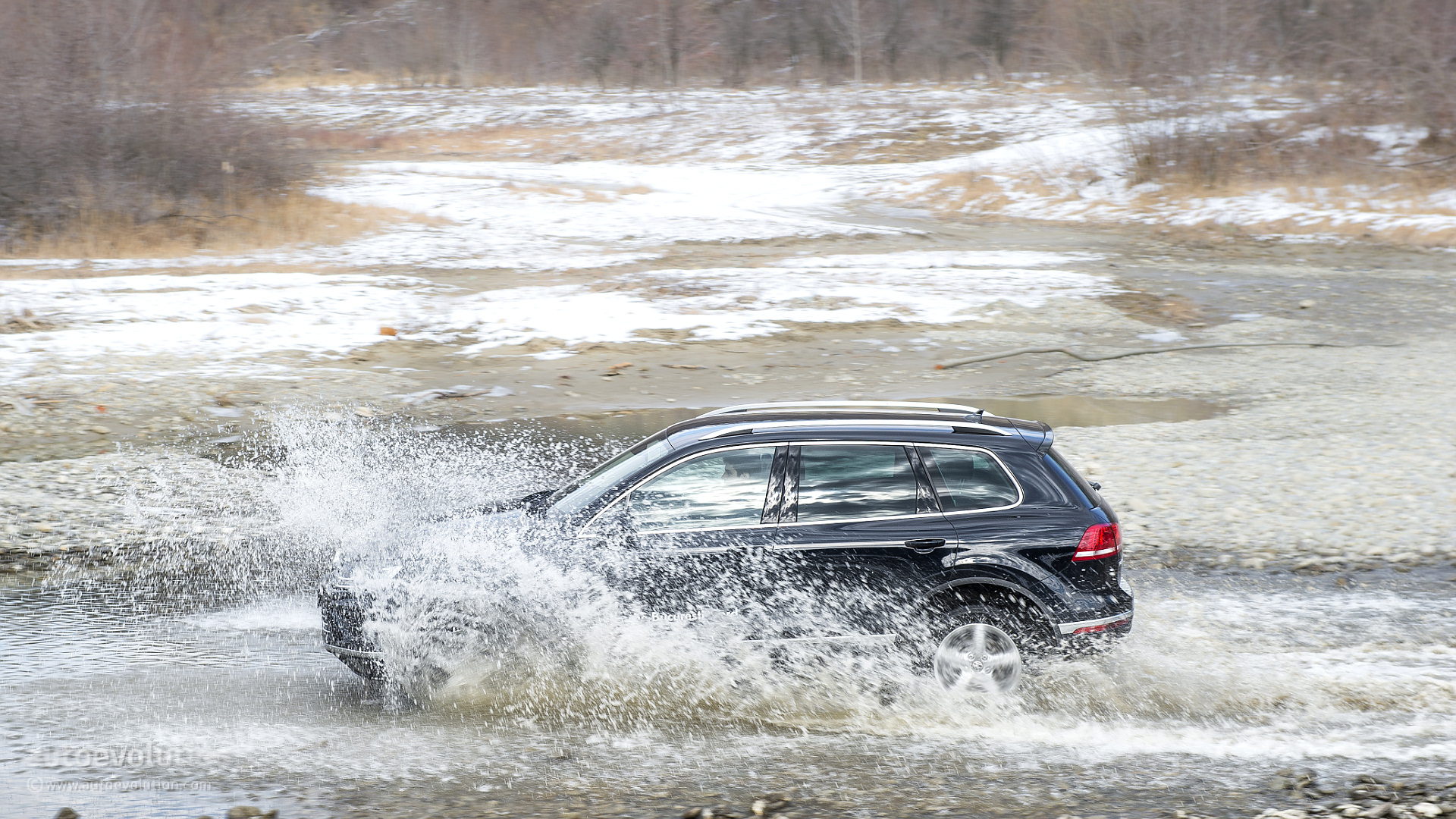 The interior is a good balance between affordability and premium quality. The overall atmosphere is sober, but everything feels solid and pleasant to the touch. Some of the buttons have been borrowed from new Volkswagen models and you can even order Air Suspension. In tough conditions, this can increase the ground clearance by up to 300 mm (12 inches), while at highway speeds above 140 km/h, the air suspension automatically lowers the vehicle’s body, giving you more car-like handling.

But these are just 6 of the best pics we took of the 2015 Volkswagen Touareg. If you're a fan of the classic SUV lines, check out our the other 52 HD photos we capture during our Touareg review and feel free to share.