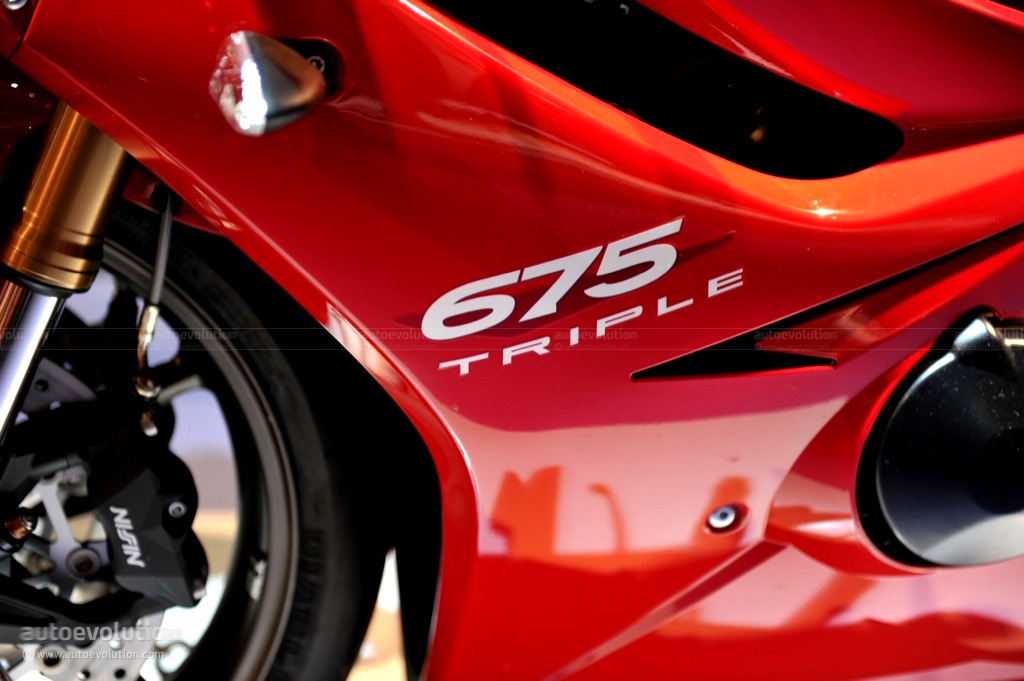 British motorcycle brand Triumph has also revised the Daytona 675 for 2011, a supersport bike that can be ridden both on the road as well as on the track. Powered by the 675cc three-cylinder engine, the bike develops 125 hp and 75 Nm (55 lb.ft.) of torque.

“The engine itself is an integral part of the overall design, with the stacked gearbox allowing for a very compact powerplant that contributes to one of the lightest and most balanced supersport bikes on the market,” the manufacturer says.

The fully-adjustable 41mm inverted front forks and rear monoshock unit both benefit from high and low speed damping control. In addition to that, radially-mounted Nissin monobloc calipers provide a high level of stopping power, while lightweight wheels keep unsprung mass down and contribute to an instant change in direction. “Debuting the 675cc three-cylinder format in a sea of otherwise conformist 600cc fours, the Daytona 675 has garnered a cabinet full of awards and accolades since being first introduced for the 2006 model year, including two Masterbike titles and an undefeated three Supertest titles. The Triumph has also proved successful in supersport racing around the world, winning national championships around the world and finishing fourth in the 2010 Supersport World Championship in the hands of the ParkinGO BE1 Racing team’s Chaz Davies,” Triumph brags in a statement.