The Worst Tracks NASCAR Has Ever Raced On 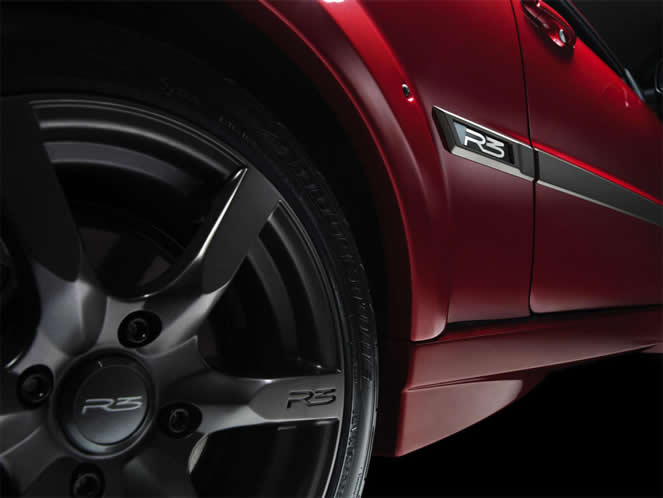 Proton has released the first teaser photo of the limited-edition R3 version of the Satria Neo hatchback, which is already open for booking at the price of MYR79,797 ($26,154) with insurance fees at MYR2,000 ($650).

Not much has been revealed about the new R3 Satria Neo's exterior, but the car is said to wear an exclusive Fire Red color and contrasting black-colored roof. The looks of the hatch are enhanced by a bodykit that complemented by R3-designed front lip, fender arches and roof spoiler.

The interior is dominated by the same mix of colors, as the two R3-designed front bucket seats are covered in Nappa leather colored in a matte red-and-black combination. To further emphasize the car’s sporty credentials, a set of aluminium pedals and gear knob have been added, as well as an engine start button and exclusive floor carpets. A 2-DIN audio system and 3D GPS navigation system, coupled with dual airbags and ABS/EBD on the safety front, are standard equipment.

Now we get to the really important part. The Malaysian engineers have managed to squeeze out 145 hp at 7,000 rpm and 168 Nm at 5,000 rpm from the little 1.6-liter Campro engine. The engine, which is pared up with a close-ratio five-speed manual gearbox, benefits from a number of Stage 2 tuning upgrades, including a re-calibrated ECU map with revised fuel maps and re-profiled camshafts that enhance valve lift and overlap. Other engine mods include a higher-flow 4-2-1 exhaust system, plus a carbon-fibre air-intake system.

A set of 16-inch gun-metal-coloured lightweight alloy wheels, wrapped in Bridgestone Potenza RE001R 205/45 tires have been fitted, courtesy of Proton’s R3 motorsports division. The standard ride height has been lowered by 10 mm, while the alignment, toe and camber settings have been re-calibrated.