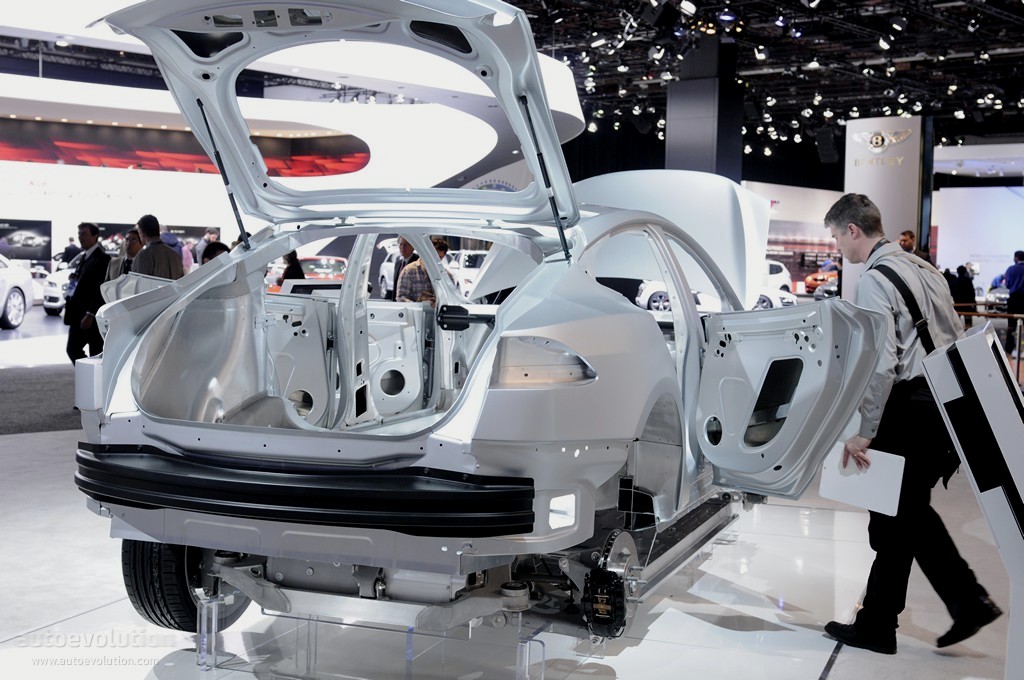 Joining the 2011 Roadster 2.5 model at this year’s NAIAS event in Detroit is the Tesla Model S, a car that has yet to be officially launched, and with deliveries set to begin sometime in 2012. However, the EV manufacturer has used a rather unusual approach to present the model, who has been brought to the booth nearly stripped and showing its technologies.

The disassembled version of the Model S shows the ultra-thin battery made up of over 7,000 li-ion cells that is placed at the bottom of the car. The unit will keep its shape no matter what range battery pack the customer chooses (160, 230, or 320 miles).

Furthermore, according to Tesla, the body structure uses an innovative spot welding, which helps save weight. Another highlight of the naked Model S is the Tesla-designed suspension system, light-duty sway bars, and a low center of gravity.

“We’ve engineered Model S to be a great driver’s car,” said Peter Rawlinson, VP of Engineering, Tesla. “Suspension, aerodynamics, and the marriage of the battery pack to the body structure distinguish Model S as the superior vehicle of its class.”

Tesla Model S infotainment is ensured via a 17-inch touchscreen - the largest display ever in a car - with in-car 3G connectivity, which will allow its occupants access to Pandora Radio, Google Maps, or check their level of charge remotely from their iPhone or laptop.

Tesla already has already received over 3,500 reservations for the Model S.