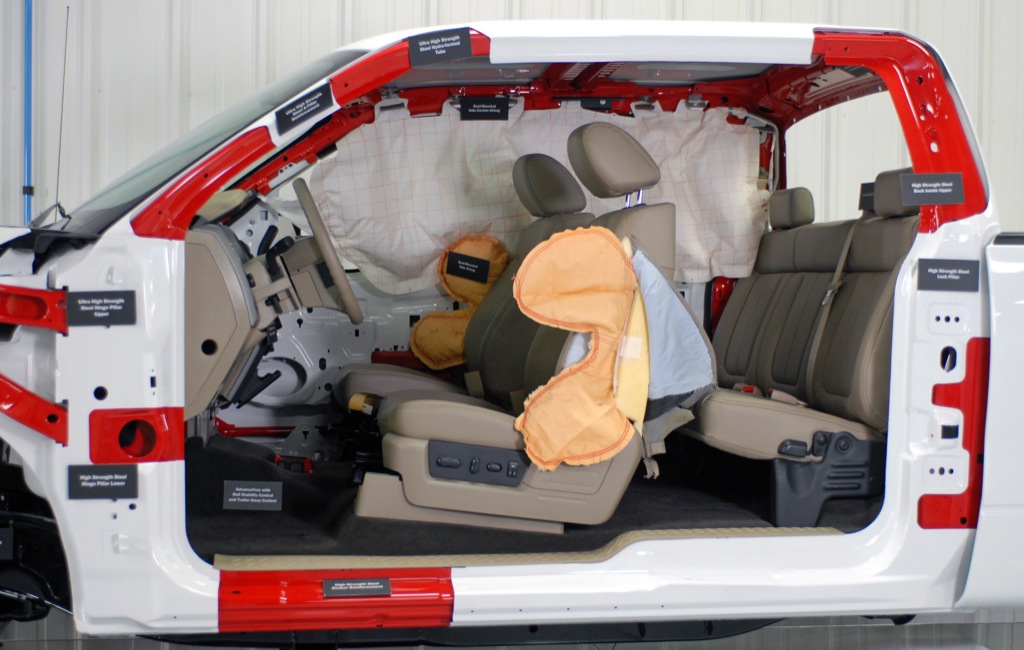 With the IIHS “top Safety Pick” gained last November and a 5-start government crash test rating in January, the 2009 Ford F-150 has become America's safest full-size pickup, detrimental to Chevrolet Silverado, Dodge Ram and Nissan Titan. At least, this is what Ford is claiming citing a new study carried out by the Insurance Institute for Highway Safety. Nevertheless, nobody should be amazed that Ford is actually praising its own models but, given the “compliments” made by the two safety institutes, the F-150 may be indeed a very advanced vehicle when it comes to pedestrian and passenger safety. 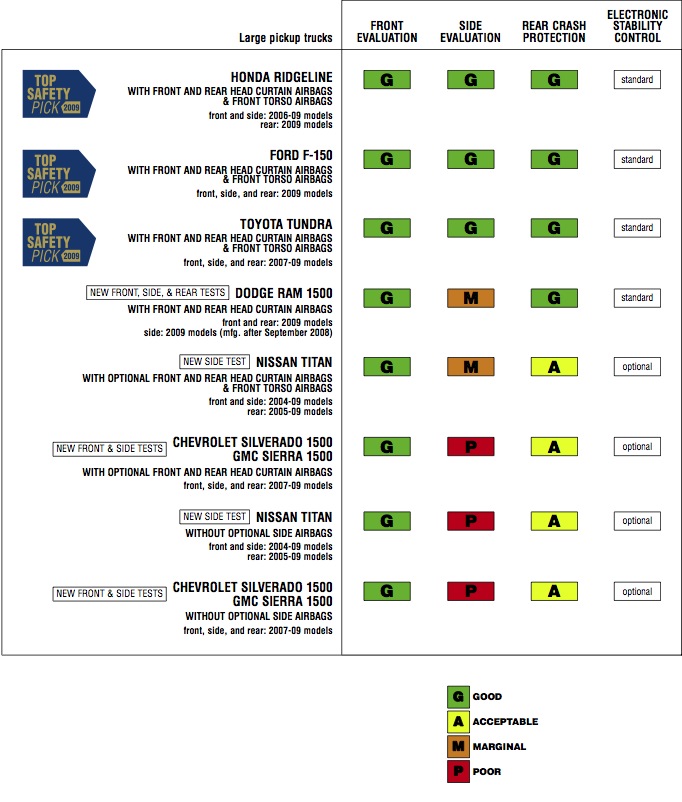 And yes, K-bag was one of the main technologies that helped F-150 gain the aforementioned ratings. The system consists of a new front seat-mounted dual-chamber side airbag especially designed to protect the rib cage from excessive crash forces during a side impact, as Ford explained in a press statement. The K-bag is deployed 30 percent faster than a traditional airbag system, partially thanks to an advanced side crash sensing system based on pressure pulses.

“The all-new 2009 Ford F-150’s leading crash-safety ratings add to its capability, fuel economy and technological leadership,” said Steve Kozak, Ford’s chief engineer for safety systems, underlining some of the other so-called advanced features of the pickup truck. “We achieved top safety ratings and unsurpassed fuel economy at the same time by using high-strength and ultra high-strength steel in key areas of the new F-150’s structure.”