The second generation MINI Clubman came in 2015 and the word "changed" is the least we can say about it.

First of all, the automaker decided the whole two-and-a-half-doors idea is making OCD people run away from the car covering their eyes, so this time it fitted the Clubman with five regular doors, just like on the 5-door version of the Hatch model. The split tailgate remained the same though, while all the vehicle's lines got smoothed making for a sleeker body appearance.

Speaking of body, this grew a bit longer and wider, while also making more room between the axles, thus opening up more room for the passengers and their luggage. The interior gets five fully-fledged seats, better access, redesigned dashboard and panels, new materials and colors as well as new equipment and features. Electric-operated parking brake and front seats are among them along with other experience enhancing gizmos. 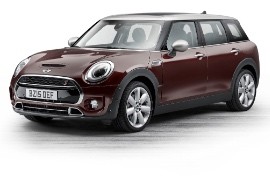