Even if the Mazda and Ford took different paths after their divorce in 2008, both companies worked together for specific models, such as Mazda BT50 and Ford Ranger.

The first generation of the Mazda BT50 pick-up was unveiled in 2006, and it was the Japanese branded Ford Ranger pick-up. It featured a different styling, but it had its customers, especially on the Asian continent. The second generation was introduced in 2010 in Australia, and it continued the journey of its predecessor as a working pick-up until 2018, when it went through an important update.

Inside, depending on the trim level, the BT50 offered a rugged or a family environment. The binocular-style instrument cluster, with an LCD between the dials, showed the car's essential information. On the base models, only a basic audio system and a manual air-conditioning unit were hosted on the center stack. The upper trim levels had an infotainment unit with Apple CarPlay and Android Auto compatibility.

Mazda offered the BT50 with the top-engine version available on the Ranger from that era, the 3.2-liter inline-five unit from the Ranger Wildtrak. It was paired to a standard 6-speed manual, and a 6-speed automatic was available on the options list. A low-range gear was fitted as standard on all 4x4 models. 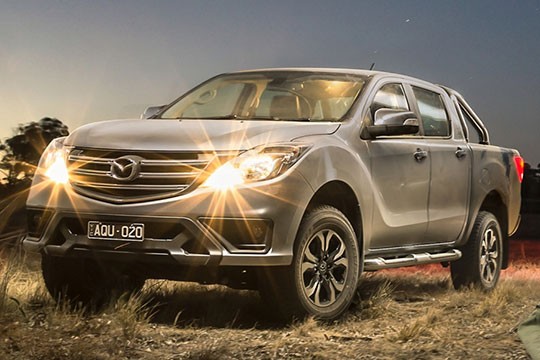