Lincoln introduced the fourth generation of the Navigator at the 2017 New York Auto Show.

It was based on the same chassis as the Ford Expedition, but with more features and luxury items.

Ford's luxury brand, Lincoln, found that some customers were not satisfied with a regular 4x4 vehicle. They asked for more, and just a piece of leather on the seats and the automatic climate control was not enough for them. Mercedes-Benz and BMW already offered the ML and the X5, but the American brands struggled to keep up with the Europeans. The Navigator and the Cadillac Escalade were the first of their kind. The former was introduced in 1997 and, by 2017, it reached the fourth generation.

Designed on the same chassis as the Ford Expedition and the F150, the Navigator surprised the market with its new design language. The massive grille featured a 3D design instead of the formerly used design system with horizontal slats. The designers installed air intakes for the bumper to cool the brakes and a lower grille for the AC-compressor. The vertical tailgate and the continuous red-light strip across the rear panel made an impressive appearance in the back.

Inside, the Navigator used the same dashboard as the Lincoln Continental. The high-tech elements and the floating design for the infotainment screen amplified the luxurious feeling of the vehicle. It was interesting that the designers didn't fit the screen inside the center stack and installed it on top of it. Like the previous generations, the Navigator was available in two wheelbases and room for up to eight passengers. Another novelty for the car was the 12" digital instrument cluster. 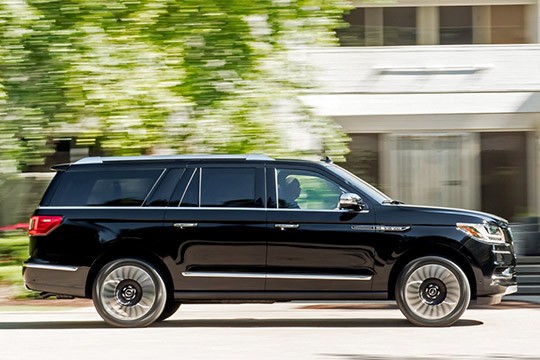 2 Parked After the Divorce: 1958 Lincoln Continental Mark III Is a Spectacular Barn Find

4 Dax Shepard Shows His Appreciation to His Lincoln Continental, He's Had It for 27 Years