After testing the market with electrified versions for the Wrangler and the Renegade, Jeep made the final step toward ditching the internal combustion engines for its new Avenger lineup.

Jeep took the Avenger nameplate from Dodge, but instead of using it on a coupe, it placed it on a sub-compact crossover vehicle. It marked a new era for the American carmaker, which had to make the switch to electric power and lower its average brand emission values.

The Avenger is a new product based on an existing platform. Its shape still resembles the Renegade, but with a much sleeker profile. At the front, the vehicle boasts the same seven-slat grille common for all Jeeps, albeit this one is narrower. Furthermore, the electric-only version didn't even feature a venting area to cool the engine since there was none. The lower bumper, on the other hand, still sported a broad air intake needed to cool the battery pack and the car's electronic system. From its profile, the Avenger features a slightly ascending beltline towards the C-pillar, which creates a floating roof appearance. At the back, the LED taillights were mounted on the quarter panels, narrowing the tailgate.

Inside, the carmaker stepped into the XXI-st century with an updated digital infotainment system and a TFT display instead of the classic, analog instrument panel. Just like its Renegade sibling, it offered slightly side-bolstered seats that provided some side support. The narrow and twisty European roads demand such an approach.

Under the hood, Jeep installed either a plug-in hybrid version or an all-electric drivetrain. While the former was already known for its Renegade sibling, the latter was new and provided up to 400 km (248 miles) range. 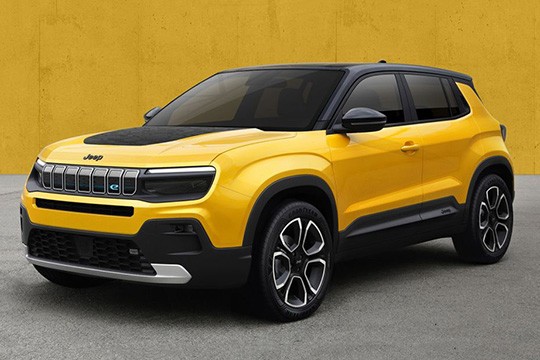