Dodge Viper is one of the most famous cars in the world, with numerous appearances in movies, TV shows and computer games plus a lot of variations and cars based on its original model.

The first generation Dodge Viper RT/10 arrived in 1991 and proved to be a bit tricky to drive at high speeds than first expected, especially due to its high-performance engine which was capable of developing a maximum power of 400 hp. Top speed was rated at about 290 km/h while the 0 to 100 km/h acceleration could be done in approximately 4.6 seconds. Fuel consumption was obviously a bit neglected, with about 11 and 19.9 mpg in city and highway mode, respectively. 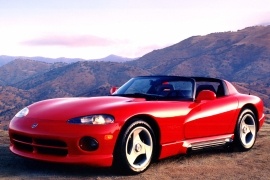